LG has started pushing out a new update to its G7 ThinQ smartphone. The update brings a major upgrade for the camera: the option to record 4K video at 60fps. The 'Video resolution' list (in Camera->Settings) now has an entry for UHD 16:9 (60fps) 3840x2160. 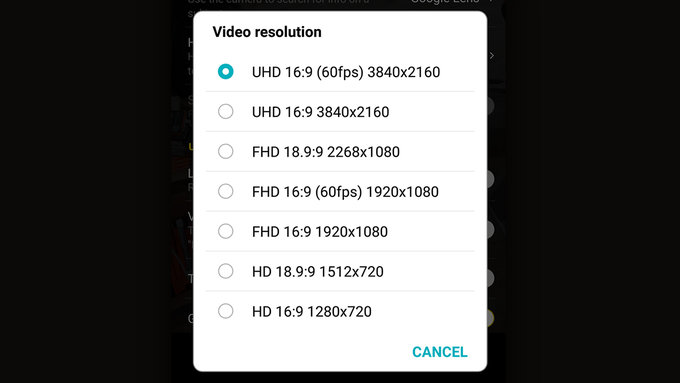 It's worth mentioning that the ability to record videos in 4K has been there in the G7 ThinQ since launch, but it was limited to 30fps. However now, you can also capture extra smooth 4K videos at 60 frames per second.

As you might already know, with 4K@60fps enabled, there's always a limit on the duration of recordings. For G7 ThinQ, the limit is six minutes.

The update is currently rolling out to users in the company's home country of South Korea, although it's reasonable to assume other regions will also get it sooner than later.

Why do you think that TV's should bother me?

Do you know any TV with 2k res? Exactly

Why can't we have 2k 60fps video recording?