The Microsoft Lumia 535 (first MS Lumia device ever) was well received by users on a tight budget but exhibited issues with touch sensitivity soon after launch.

Microsoft was quick to provide a fix for the single-SIM variant of the phone but those with the slightly more expensive dual-SIM version were left out. 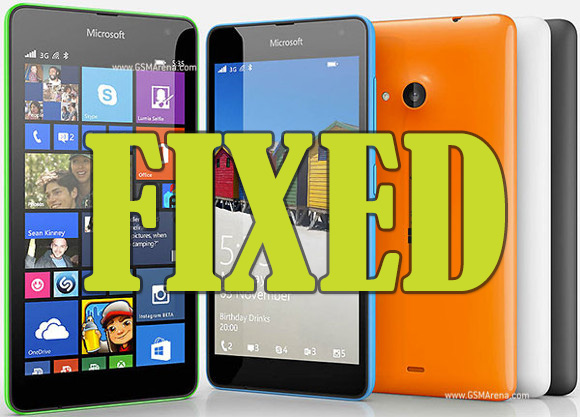 But now Microsoft is issuing a firmware update that will bring an end to touch inaccuracies for both the single and dual-SIM Lumia 535.

The update also enables Windows Phone's virtual assistant Cortana for Germany, France, Italy and Spain and the ability to add a cellular data toggle to quick actions in Action Center.

Check for the update right now and if it isn't there it should arrive soon.

My problem is if I'm going to login to my Skype in my phone Nokia Lumia 535 still saying please try again later check your connection go to your sittings,but I have internet connection im using Wi-Fi but my problem my Skype is not working and even my...

Same problem......my phone is automatically switch off and on ...again and again