US Cellular LG G5 starts getting Nougat update as well

After Sprint and T-Mobile, now US Cellular has also started pushing out the Nougat update to LG G5 units on its network. Arriving as build version US99223A and weighing in at around 1,546MB, the update brings Android version 7.0 as well as some other changes. 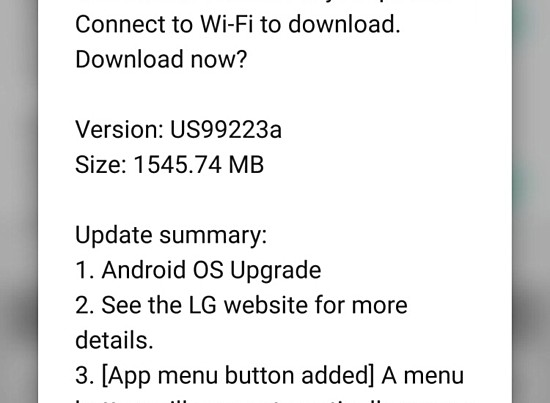 Given that the update has just started rolling out, it may take time for the update notification to pop up on your device's screen. Meanwhile, if you feel impatient, you can manually check for the update by heading to your handset's Settings menu.