US Galaxy Note 10.1 shipping to retailers ahead of announcement?

The US Samsung Galaxy Note 10.1 is expected to be announced at the Samsung US event on August 15 but US retailers are already receiving units. The model number of the recent stock is the same as the European variety so perhaps what we're witnessing is the first wave of availability of the international Galaxy Note 10.1, and not the US spec device. 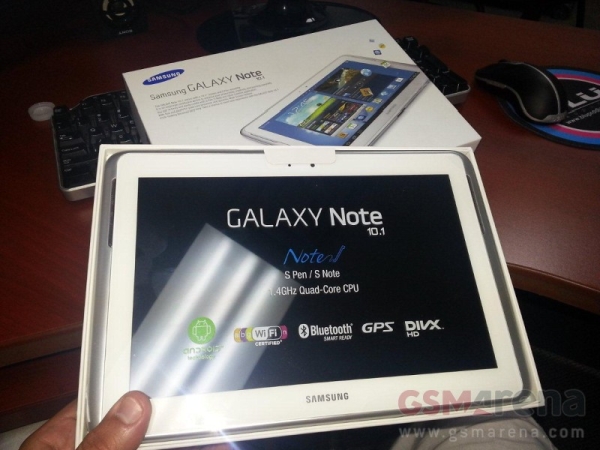 What's more interesting is that these specs and the model number printed on the box indicate that this is the European model, which makes us curious as to why the American retailers are getting it. There is no LTE support and the HSPA bands will only work with AT&T's HSPA network.

Meanwhile, another US retailer - Negri Electronics - tweeted earlier today a similary photo of an unboxed picture of the Galaxy Note 10.1 and mentioned that it “ships 8/3”, although it's not clear to whom the device is shipping on that day.

The New Samsung Note 10.1 in the flesh! Ships 8/3 #BeforeFirst twitter.com/NegriElectroni…

It's either that the retailers are getting their stock before the alleged launch event on August 15 or as we already said, those are the first available international Galaxy Note 10.1 units (officially, it's still has a Coming Soon status). So far however, we haven't found retailers on our side of the ocean that have the tablet.

Samsung never confirmed that their August event in the US is dedicated on the Galaxy Note 10.1, but if it is, we guess they will show a proper US spec model that even has LTE support.

wrong move for samsung. i better trade s-pen for 1080p. after reading all articles in the web from ipad to other android tablets all failed, even nexus 10 having no sim, expandable memory, no fast charging, etc., only this excel features...gps glonas...

Just grabbed these benchmarks and go to say, wow,http://uk.hardware.info/reviews/3002/samsung-galaxy-note-101-review-high-end-tablet-but-lacking-in-resolution