The Samsung Galaxy Z Flip is Samsung’s next entry into the ring of smartphones with foldable displays. The phone’s official renders leaked the other day, along with its full list of specifications. Just today, the Galaxy Z Flip passed through the FCC, revealing all the compatible signal bands.

The list of bands includes support for all US carriers including CDMA legacy radios that Sprint devices still use. This is the SM-F700U and represents the US Unlocked variant of the Samsung Galaxy Flip. Here, we also have confirmation that it has NFC and will work with Samsung Pay’s MST (for simulating a magnetic strip card swipe. 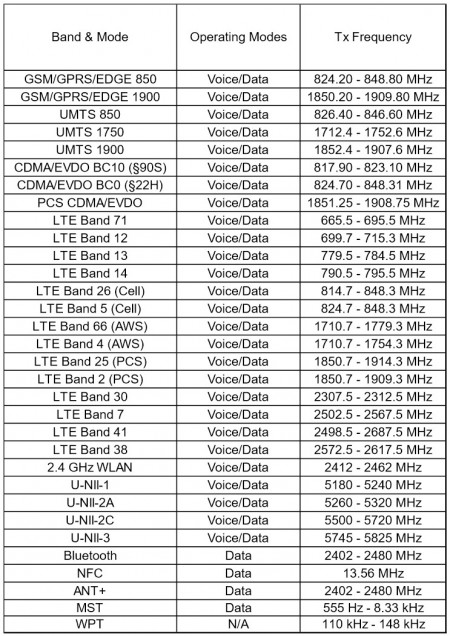 Motorola’s new Razr phone isn’t as impressive as Samsung’s Z Flip on paper, and the race is on to see which phone will hit the market first. The Razr was initially supposed to launch on February 14, but its launch date was pushed back to February 18th. Meanwhile, the Samsung Galaxy Z Flip is rumored to launch on the same February 14 date, but the day is yet to be confirmed.

Based on reports, the Galaxy Z Flip will run a Snapdragon 855+ chipset, 8GB of RAM, and 256GB of onboard storage. There’s a 6.7-inch foldable display with a tall 22:9 aspect ratio. There’s also a small 1.06-inch Super AMOLED display on the outside to check for notifications while the phone is closed.

Dual 12MP cameras sit next to the external display, and a 10MP selfie camera is cutout of the main display. There’s also a side-mounted fingerprint scanner, support for 15W fast charging via USB-C, and support for 9W Qi wireless charging.

look at that hinge... i think this is the same hinge as the Galaxy Fold. it will collect dust overtime and the screen will have s crease