Verizon: 4M iPhones activated in Q1, half of those were iPhone 5

Verizon just finished its quarterly earnings conference call and part of the company’s report was how many smartphones it activated in total - 7.2 million smartphones during the quarter. The iPhones made up over half of them, 4 million.

The breakdown of iPhone 5 vs. older iPhones is surprisingly even – 2 million phones were of Apple’s latest, while the other 2 million were older models. So despite the dominant performance, the fact that half the people investing in its platform chose to miss on its flagship smartphone for the tiny $100 savings might cause some concern among the Apple executives. 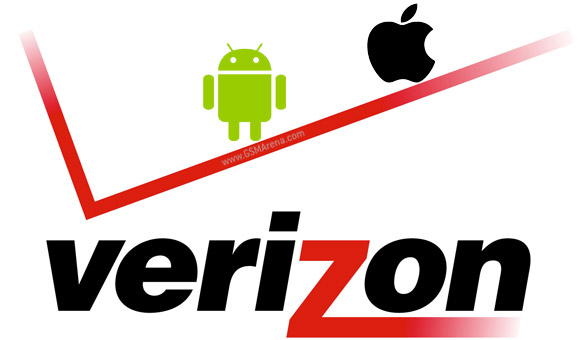 Verizon’s CFO who revealed this info didn’t give details on Android’s performance, but it’s fairly safe to assume that the OS made up almost all of the remaining 3.2 million smartphones.

You can listen to a recording of the conference call here, but you’ll need to register (it’s free and requires just name and email).

No buddy, symbian is the best for simplicity. Also they both are better than windows phone and ios

I don't disagree on everything you said, but when it comes to choices, there are lots of people who don't want "complicated". And Android = complicated, simply because it is so customisable. That's not just Android, Symbian is just as bad. ...