Verizon bound Lumia 1520 in white poses for the camera

The live images of Nokia Lumia 1520, which was formerly known as Bandit, have already appeared and we even saw the press render of the upcoming phablet from Nokia. Now, we have yet another leaked image that shows the Lumia 1520 white color version.

The Nokia Lumia 1520 in its white glory might be exclusive to Verizon and will support 4G LTE networks. Furthermore, the latest leak also confirms the presence of a 20 megapixel PureView camera with Carl Zeiss lens. 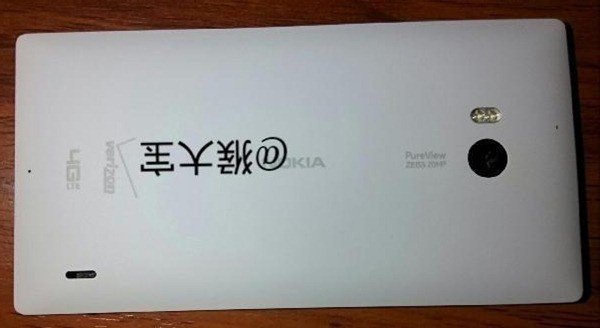 There is also a dual-LED flash at the back and what looks like a speaker grille at the bottom right corner. The Nokia branding is right in the center while the Verizon logo is placed at the bottom of the device.

Nokia Lumia 1520 is rumored to sport a 6-inch display and the phablet was expected to be unveiled this month, but the recent reports suggest that Nokia might have pushed back the announcement to October.

What do you understand by useful apps? All major phones Operating systems (OS) have all the useful apps consumers need. If a phone does not have the necessary useful apps the phone will not be operational and useless. So for your information windows...

Get your old style pureview 808. it's cheap now

Kids, talking about WP doesnt have apps, but i found most of the popular apps on WP even Pandora free with no ads for a year. Do Android or iOS had that? No, so i dont really know what apps thay talk about, o well WP user has to pay for talking cat ,...