You didn't think Verizon is just going to just sit by watching AT&T grow its LTE network, did you? The Big Red carrier announced today its 4G LTE network will undergo expansions and enhancements in 10 cities and regions across the U.S. 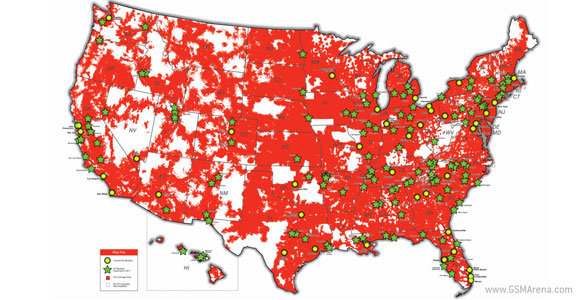 Here are the ares, which will get new or expanded Verizon LTE networks.

Furthermore, the city of Buffalo in New York will be undergoing enhancements, so residents should expect the service to substantially improve. The changes and additions will take effect come April 19.

HSPA+ on AT&T is really good, so it doesn't matter all that much if they are a little behind Verizon in the LTE race. And on top of that Verizon needs to add LTE because their old network doesn't support voice calling and internet access simultan...