Verizon sends out Oreo update to the LG V30, security patches for the G6

LG rolled out the update to Android Oreo for the V30 in its home country of South Korea back in December of last year. And now the new software version is finally headed to handsets purchased from Verizon in the United States. 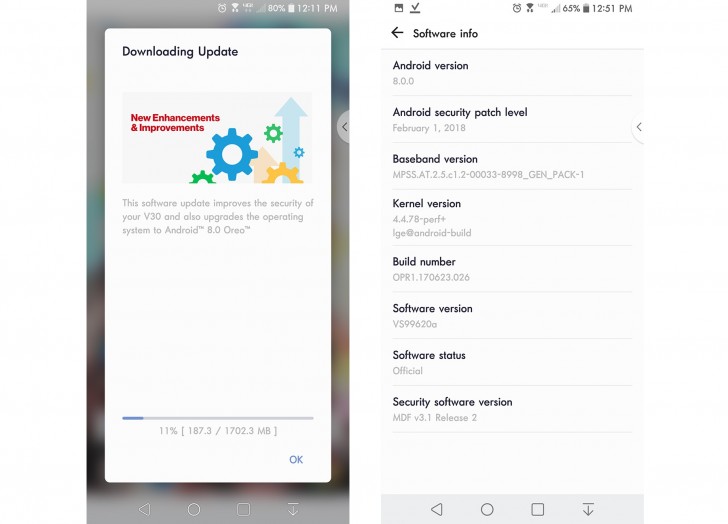 There have been multiple reports today from people already receiving the update, so the rollout seems to be in full swing. After you download the 1.7GB installation file and apply it, your phone will reboot running software version VS99620a. It's Android 8.0, not 8.1, mind you, but the latter should be arriving too at some point in the future.

The Oreo update comes with the February 1, 2018 security patch level, which is good but not great since we're already in March. This exact security patch level will also be on the LG G6 units sold by Verizon after you install a software update that's rolling out to that model at the moment. This unfortunately doesn't make the G6 taste Oreo, instead only containing security fixes. The new build number in this case is VS98816a.

Hope to see Oreo update for the V20 soon

Dissapointed bt S8 oreo. 80%-0 battery manager say 1.5h left max brightnes. Very dissapointed. Like android 5 on S5 it was awful draining battery and had to roll back to android 4. No hope for samsung