We all know that Motorola, the Google owned company is working on a trio of Android smartphones and one of them is the Droid Ultra. We saw the official Droid Ultra page with the tag line "Think Thin" on the Motorola's website and we even had the press render and the camera samples leaked. 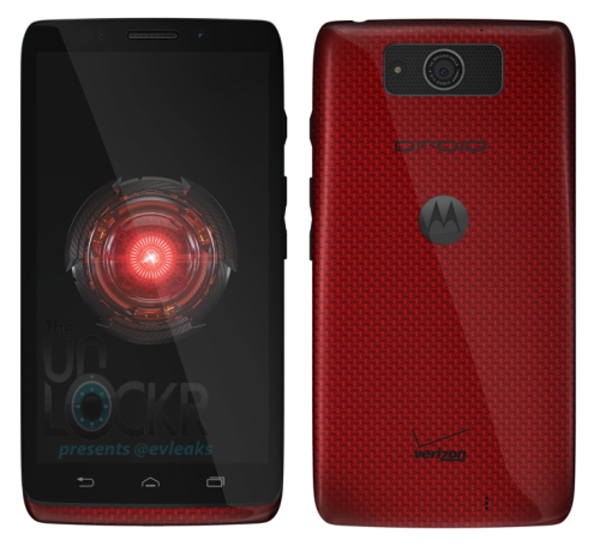 Now, we have the press render of the Motorola Droid Ultra in its Red dress courtesy of evleaks. The Verizon bound smartphone is rumored to feature a 4.7-inch HD Super AMOLED display with Corning Gorilla Glass 2, Snapdragon S4 Pro chipset with 1.7 GHz dual-core Krait CPU, 16 GB of inbuilt memory and a microSD card slot.

Motorola Droid Ultra will come out with a 10 megapixel or a 14 megapixel rear camera with a LED flash, 2 megapixel front shooter and a 2,500mAh battery will provide the juice for the smartphone.

Motorola Droid Ultra along with Droid Mini and Droid Ultra Maxx is expected to be showcased at the upcoming Verizon event on July 23 in New York.

If Moto can get 1080p, then Pentile should be fine too.