Verizon has launched a new tablet aimed at kids. Dubbed GizmoTab, the device is specifically designed for children aged between 3 and 8.

"With the GizmoTab, you can measure and display aspects of your child's progress, tailor the fun to your child's age and skill level, set time limits and reward your child with additional play time," the carrier says. The tablet "comes with a removable bumper to protect against even the toughest drops, bumps and scratches." 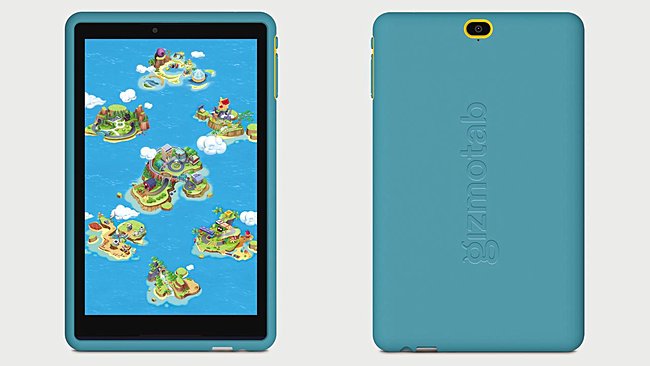 The tablet is powered by Snapdragon 617 chipset and sports an 8-inch HD display. RAM is 3GB, while internal memory is 16GB (expandable up to 128GB). In terms of camera, the device features an 8MP rear unit and a 5MP front shooter. A 5,100mAh battery is there to keep the lights on.

Those activating the tablet on Verizon's 4G LTE network will also get unlimited access to 300 premium learning apps handpicked by educational experts. Some of the apps include Crayola, DreamWorks Animation, Hasbro, and The Jim Henson Company.

As for price, the tablet carries an outright tag of $249.99, or $79.99 on a regular 2-year contract. Verizon is also offering some GizmoTab-related deals, details of which can be accessed by heading to the Source 1 link below.

We need more debilitating devices for kids! Does it come with complimentary asspergers prescription meds? lel

This generation is the worst, when I was a kid, I used to go outside and play with my friends without gadgets. Now? they're just at home swiping fingers across the screen playing with themselves. such a horrible generation. ;-;