According to previous rumors the Nokia Lumia 928 was expected to be mostly similar to AT&T’s 920, but with a couple of extras – an aluminum frame and a xenon flash (in addition to the LED flash). But now a new tidbit promises a Samsung-made 4.5" Super AMOLED display to replace the PureMotion HD+ LCD.

The info comes from parts supplier ETradeSupply. The display panel carries Verizon branding and is reportedly thinner and lighter than the 920 display, but is also 5mm taller. Another difference is that the mic has been moved and is now below the screen (rather than at the bottom of the phone). 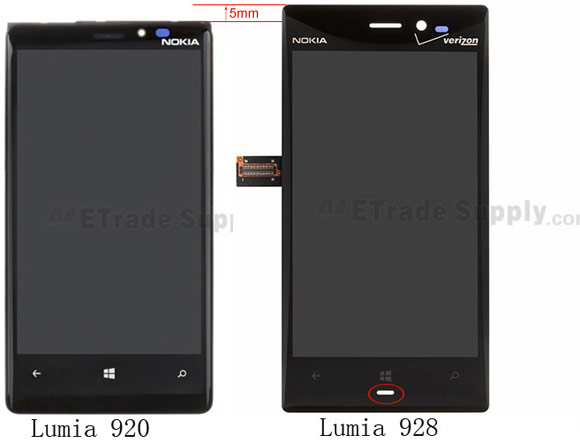 Here’s hoping we get to see a camera sample too, a xenon flash would improve low-light performance of an already pretty good shooter.

pls give a perfect window phone for nokia..

i am sure this will affect the battery life on phone