As things go with Vertu, when they announce a new collection of phones, it usually means they are only releasing a new trim or, as is the case this time around, new colors.

Today Vertu is introducing some fresh new colors to liven up the established line-up.

The collection comprises of three colors, all combined under the Candy moniker. There's the Candy Raspberry, the Candy Mint Green, and finally, the Candy Tangerine.

Vertu claims these are "this summer's must-have colours" and they all come adorned with highest quality alligator skin and natural gem stones. 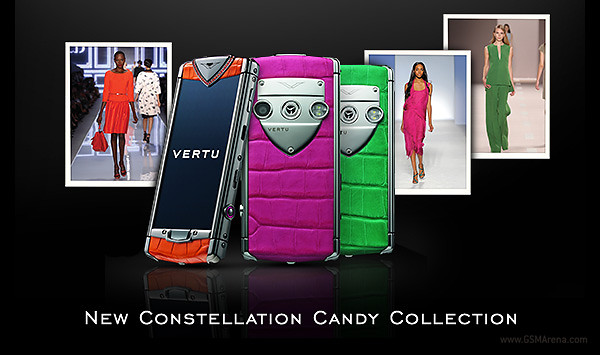 The Constellation series is not new, it was announced back in 2006. Around that time touchscreens were not as popular and the phones relied on the dated (yes, even back then) S40 user interface and it was all looks, no wits.

In October 2011 Vertu lift the curtain of their revamped Constellation series. The phones came complete with a full touch display and a smart OS. It's Symbian, if you've gotta ask. Unfortunately, the mobile OS was again, already dead in the water, even at launch. We guess prospective owners of the ultra-expensive phones didn't mind.

Actually, it's not a secret that the touch-enabled Constellation series is based on the popular Nokia C7. The phones share the 3.5-inch AMOLED screen, the 32GB of built-in storage, the 8 megapixel fixed focus camera with enhanced depth of field and the 720p video recording. 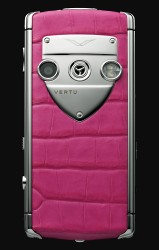 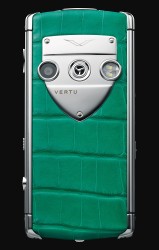 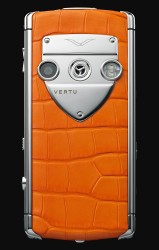 All fashionistas that shell out the cash for one of these exquisite mobiles will also get invitations to the most influential Fashion week shows. Of course, each phone comes with Vertu's customary services such as (and we're quoting) Vertu Concierge, Vertu Concierge Live, Vertu Club Access, Vertu Select, Vertu City Brief and Vertu.Me, all designed to make the owner's travel and social life a bit easier.

Whatever the color, one thing is for sure, the chances of any of us buying a Vertu phone are as slim as it gets. Nevertheless, the luxurious segment represents a small, but entertaining part of this business, which seems to be ruled by 4+ inch big slabs of phones. We hope those rumors about the company being prepared for selling are not true.

"...Nevertheless, the luxurious segment represents a small, but entertaining part of this business, which seems to be ruled by 4+ inch big slabs of phones..." Reading this at 2017, when a 5.5" is normal and 6" phone is big, but not so unusual......

I think this is a direct mockery of bricked iPhones! :) From pictures they seem like colored bricks (fugly). :) But I guess if you buy this phone at least you DIRECTLY know what you have in your hands --> an old outdated brick! :) Ok ok, eno...

I want one.. the orange is nice.