The Vertu Aster is the company's upcoming luxury Android smartphone, which is close to launch after it payed a visit to the US FCC and China's TENAA. The Aster looks a bit different than the Signature Touch unveiled a while back, but sports similar specs. 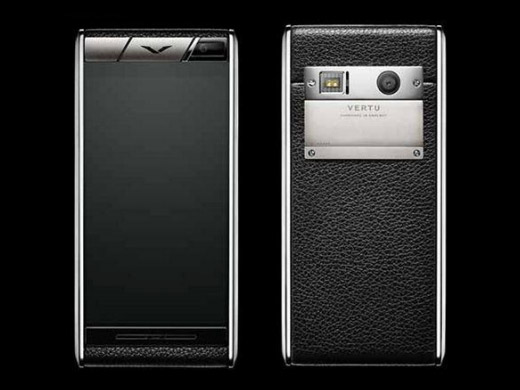 At the front, the Aster features a 4.7" display of 1080p resolution and on the connectivity side is packed with LTE, NFC, Wi-Fi a/b/g/n/ac and Bluetooth 4.0 LE.

Under the premium leather wraps resides a Snapdragon 800 chipset with a quad-core 2.3GHz Krait CPU and 2GB of RAM. Internal storage is generous at 64GB, as there's no microSD card slot available.

At the back, there's a 13MP camera with LED flash and the phone weighs 195 grams with a waistline of 11mm. And that's no wonder, since Vertu has used cool materials such as titanium alloy.

The Aster runs Android 4.4.2 KitKat with special UI treatment by Vertu. The phone is listed to be available in a number of different colors including black, blue, red, brown, orange and pink. Pricing and availability are yet to be announced, but we guess you'll need a fat wallet to afford one.

well a rolls royce looks cut out from a history book..

and the vertu users would say, ‘ios? cheapgate.‘