Vertu and Bentley announced a smartphone than marks the beginning of a five-year partnership. The ultra luxurious Vertu for Bentley handset will be available in a limited edition of 2,000 pieces at the company’s boutiques this month with a starting price tag of €12,500. 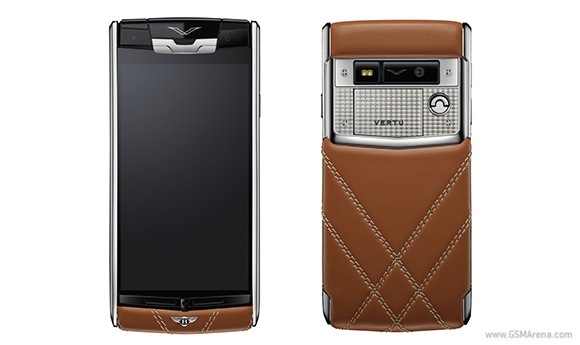 Vertu for Bentley is an even more exclusive version of the manufacturer’s Signature Touch smartphone. The handset is adorned in quilted calf leather with diamond pattern and Bentley’s classic Newmarket Tan color shade. Naturally, a Bentley logo is present too – it sits right below the display of the device. 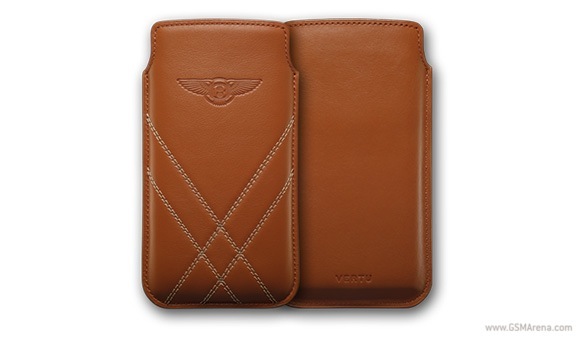 Under the luxuriously appointed body of the smartphone resides properly high-end smartphone hardware. Specs of the Vertu for Bentley include Qualcomm Snapdragon 801 SoC, 4.7” 1080p display covered by sapphire crystal, 64GB of built-in memory, and 13MP camera with dual-LED flash.

Stereo speakers, full connectivity suite including LTE, and Qi wireless charging are also on board. The smartphone boots Android 4.4 KitKat.

well... the newest one from vertu (i don't know the name, but i saw it once in the boutique) seems better in the term of design... but yeah.... hopesomeday i could afford one from them... folks, this is luxury item, don't compare it to your...