Just days after there were reports that some users are noticing (with some among them even using) a new video calling feature in WhatsApp, the functionality has been removed from the app's latest beta release (v2.16.81) on Android. 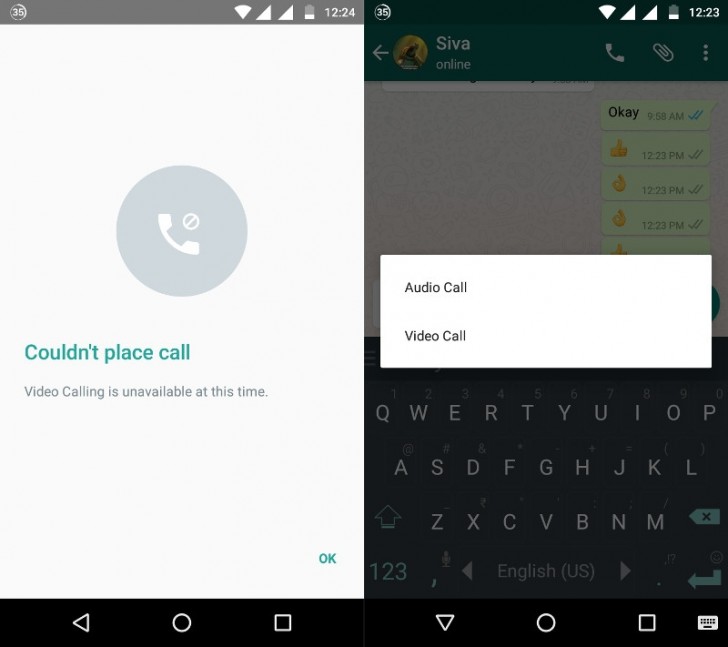 While there was no official word on why the feature was removed, it'd be reasonable to assume that the company wanted to do some early testing, and that video calling on WhatsApp is not currently ready for a wider roll-out.

As of now, there's also no information (not even rumors) on when the company plans to launch the feature, although we expect that to happen soon.

You can always do video calls using Hangouts and that's pretty much built in. So the feature is there. Including it in other apps is done more for convenience.

BBM already has it in testing for cross platforms.Some one playing catch up .