Vivo breaks the 1080p barrier with the first 2K smartphone

While we're still far from getting 4K displays on smartphones, but the latest news from Asia indicates that Chinese manufacturer Vivo is in production of a display set to feature 2560 x 1440 pixel resolution.

Vivo teased its upcoming product today, hailing it as the first 2K smartphone, but wasn't courteous enough to reveal the exact diagonal of the display, or provide anything more than the graphic below. 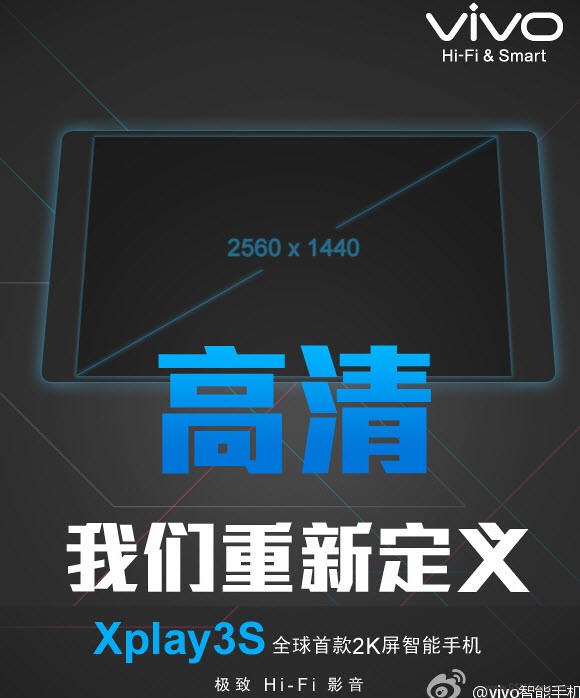 There's some speculation that the panel in question could be the 5.5-inch prototype demoed by LG at the start of the year. That one boasted a pixel density of 534 pixels per inch so it should be the new leader in what has become a ppi arms race amongst smartphone manufacturers.

Other rumored specs of the XPlay35 include a Snapdragon 800 chipset and 4G TDD/FDD LTE support across the big three Chinese carriers.

While a 2460 x 1440 display may seem like overkill, the same was said when a 5-inch 1080p display debuted on the HTC Butterfly at the start of the year. Now, almost all self-respecting mobile flagship or phablet have one.

i still waiting for 8k display for my 4 inch phone.

No.. its a reason NOT to buy it, since such device would run remarkably slower then a 720/1080p device. Since 400PPI+ is useless, I like to have more performance instead