Today vivo announced that it has been developing its own image sensor for the past year. The new sensor uses an RGBW color filter array and vivo claims can collect 160% more light than a conventional RGGB-equipped sensor.

vivo says its new RGBW sensor will collect 15% more light than the Huawei-used RYYB sensors while not being prone to the RYYB's color casting issues. 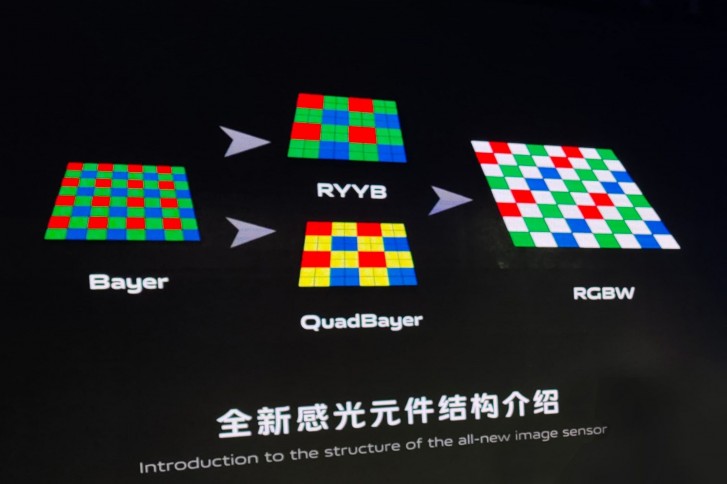 Back in the day, Sony used an RGBW color filter in some of its Xperia cameras to gather more light compared to the conventional RGB matrix. The inherent issue with these RGBW-equipped sensors was the reduced resolution, an issue that modern days processing algorithms handle quite well.

vivo says that devices with this new RGBW sensor are under development and will hit the market next year.

Alongside the new sensor, vivo also announced a partnership with National Geographic to launch the Vision+ Mobile Photography Awards. Global smartphone users will be able to submit their photos and the best will get awarded. vivo and National Geographic will post details about the competition on their respective websites soon.

It was foolish of me to think that you lied about what I said because you lacked comprehension skill. It turned out it was completely intentional and you had an audacity to keep lying even after being pointed out, hilarious. Feel free to continue quo...

Yikes you really think you're the one who's better at "understanding technical stuffs" after saying somethig so naive like "different colors/light sensitivity don't mean both sensors have the same filter" I suggest ...

So it's developed to capture more light, not to create best stunning image I don't really take pictures in low light