vivo’s iQOO line is expected to get a new member soon with the upcoming iQOO 3 gaming phone. A recent leak gave us a brief look at its alleged design and now we get a certification listing on China’s TENAA alongside a Geekbench test run to clear up most of the specs. 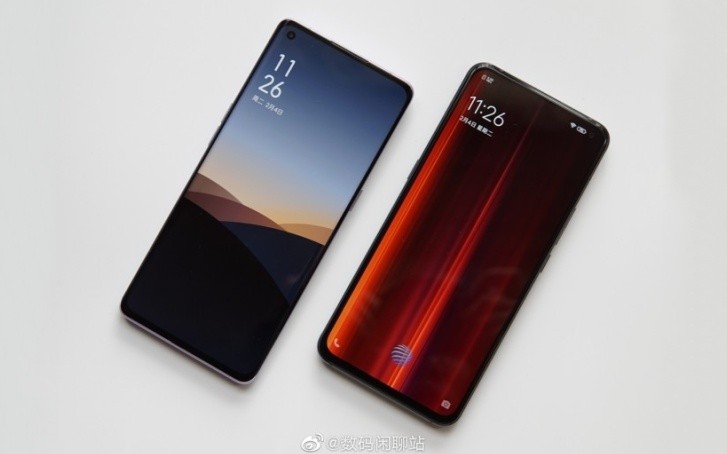 Starting off with the TENAA listing, the device was spotted with its previously seen V1955A model number. The phone is listed with a 6.44-inch FHD+ AMOLED display, 4 cameras, 128GB and 256GB storage options and a 4,370mAh battery. The software front is covered by Android 10 while its CPU is stated to come with a frequency of 2.84GHz and 8 cores - likely part of the Snapdragon 865 chipset. There’s gonna be 6GB, 8GB or 12GB RAM onboard depending on the version.

The Geekbench listing for the device comes with a different model number dubbed vivo I1927 which is expected to be the Indian variant of the IQOO 3. The phone managed 914 points on the single-core test and 3,217 in the multi-core department. The device is running on an eight-core processor with a base frequency of 1,8 GHz, but that's because GeekBench records the speed of the small cores rather than the big ones.

The chipset is dubbed as “kona” which corresponds to the codename of the Snapdragon 865 in previous listings. We also see 8GB RAM while Android 10 takes care of the software department. 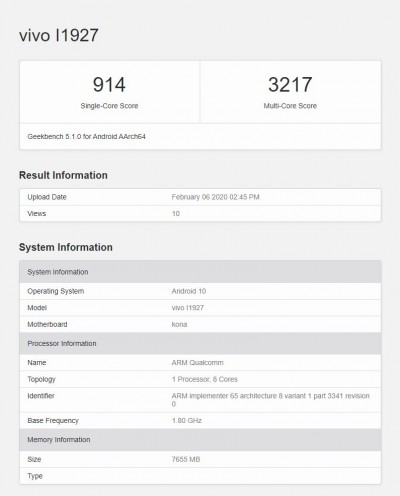 I'm in Canada and Using a Vivo IQOO Neo 855 and everything work fine.

4 cameras...on a gaming phone? Interesting... Shame it never get US bands so I can't use it.