Yesterday we reported about an unknown smartphone that appeared on AnTuTu, believed to be the iQOO Neo Pro. Well, iQOO has confirmed it will be called the iQOO Neo 855 and will be unveiled on October 24 at an event in Beijing, China.

iQOO hasn't revealed any specs of the Neo 855, but as evident from its name, it will pack a Snapdragon 855 SoC. And thanks to AnTuTu, we know it will come with 8GB RAM, 256GB storage, and a 1080p display. The gamer-centric smartphone brand also posted a couple of images of the iQOO Neo 855 on Chinese social network Weibo, which confirm the phone will sport a notched display and feature triple rear cameras. It will look similar to the Snapdragon 845-powered iQOO Neo and come in two colors - Carbon Fiber Black and Electro-Optic Purple (machine translated from Chinese). 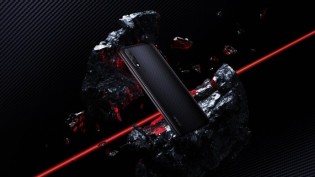 More details about the iQOO Neo 855 should surface in the days leading to the official announcement.