Mediatek and vivo announced together that a new phone is in the works - it will be called iQOO Z1 and will be the first one with Dimensity 1000+ chipset. The phone is launching on May 19, but today a leaked promo poster revealed the price and at least one memory combination - 6/128 GB phone will cost CNY2,498 ($350/€325). 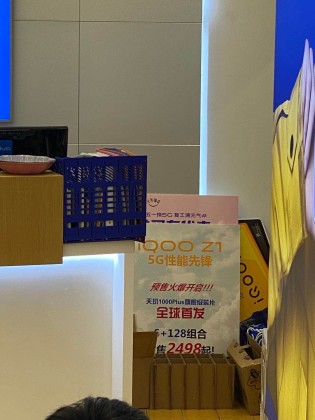 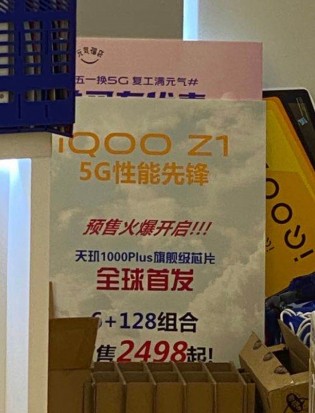 vivo has already started gathering reservations/pre-orders for the phone on its website and at some major online retailers in China. People who sign up will be among the first to learn when the iQOO Z1 launches and will have an advantage in purchasing during the first flash sale.

So far we know vivo equipped the Z1 with an LCD with 144Hz refresh rate, 44W fast charging, and a fingerprint scanner on the side. The selfie camera will sit in a punch hole in the upper left corner.

There are six days until the official unveiling on May 19, and we expect vivo and its gaming branch iQOO to tease more specs like the cameras, the design and the interface.

The comments on here are just a little bit dozy. I have the phone two days now. It's an incredible piece of tech. So you cannot get many custom roms for mediatek cpu based devices. You can't get a reliable gcam port for mediatek chipsets. W...

There has been a great deal of anticipation attached to the launched of this device with the mediaTek dimensity 1000+ chipset. This is going to change the face of fast internet connectivity by all bounds.

the thing that make me sad about this iqoo is: until now there's no info when this phone available globally (outside china and india) :(