vivo's APEX concept has just turned into a real commercially-ready smartphone - two of those, in fact. The more premium model is called NEX S and offers flagship internals and several unique features. 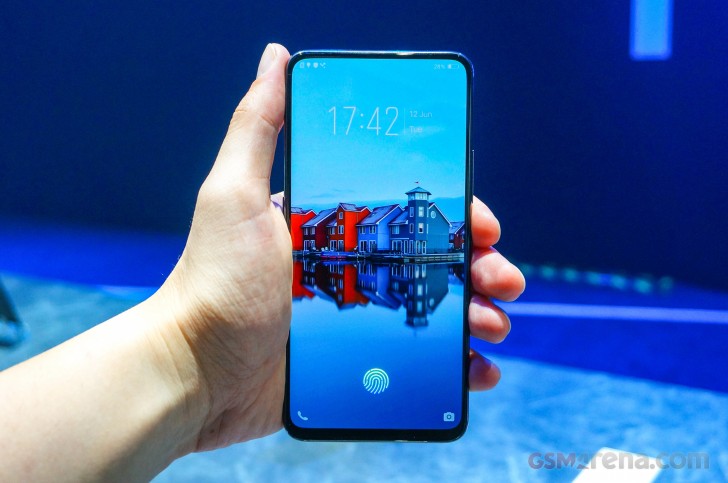 The NEX S achieves an impressive 91.24% screen-to-body ratio by letting go of the notch and having a minimal chin on the bottom. They call it Ultra FullView Display and uses a 6.59-inch Super AMOLED panel with FHD+ (2316 x 1080px) resolution and a unique 19.3:9 ratio.

More importantly, the display incorporates the cool in-display tech that we saw in the concept and the X21 UD. And since the panel takes up virtually all of the space on the front, the vivo NEX S brings the promised periscope-like camera with an 8MP sensor and f/2.0 aperture.

The earpiece has also been removed from its usual spot and has been replaced with a vibrating screen. vivo claims that the Screen SoundCasting Technology should deliver better-sounding bass and softer treble.

Of course, a Snapdragon 845 chipset sits behind the wheel with 8GB of RAM and either 128GB or the whopping 256GB of internal storage. 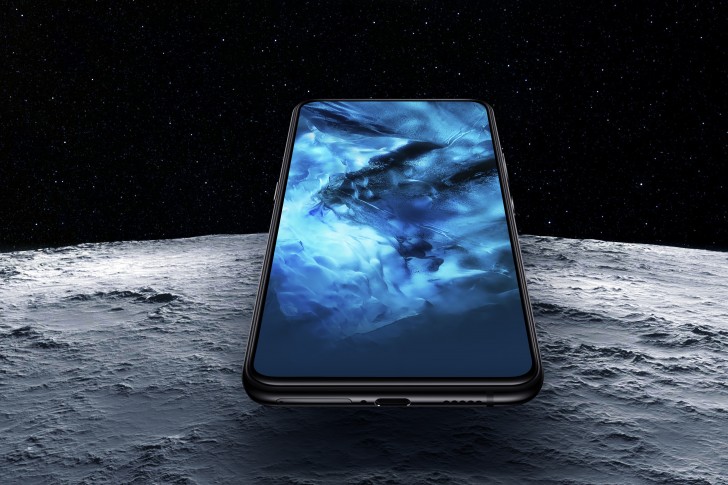 Unfortunately, the camera department is where the phone drags behind its competitors, at least on paper. The back sports a 12MP f/1.8 sensor paired with 5MP f/2.4 unit - a setup that has been recycled from the X21 UD. We were expecting something more exciting from a top of the line smartphone, but perhaps its real-life performance will surprise us. 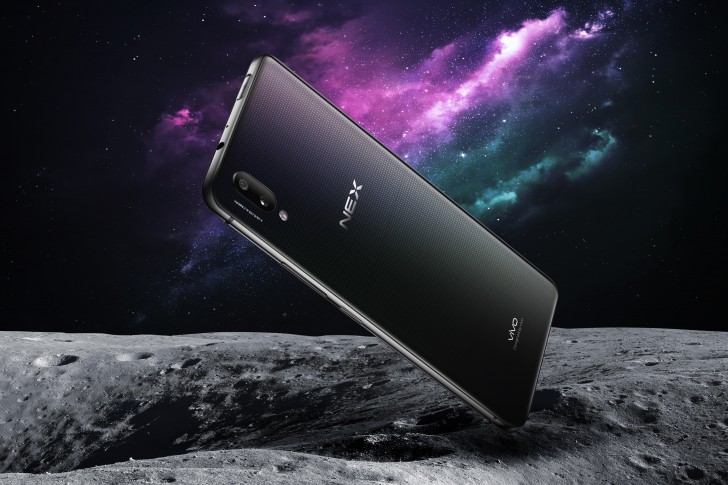 All of this hardware is powered by a fairly big 4,000 mAh battery that can be filled quickly thanks to the included 22.5W charger in the box. Funtouch OS 4.0 runs on top of the Android 8.1 Oreo out of the box with a bunch of AI enhancements. 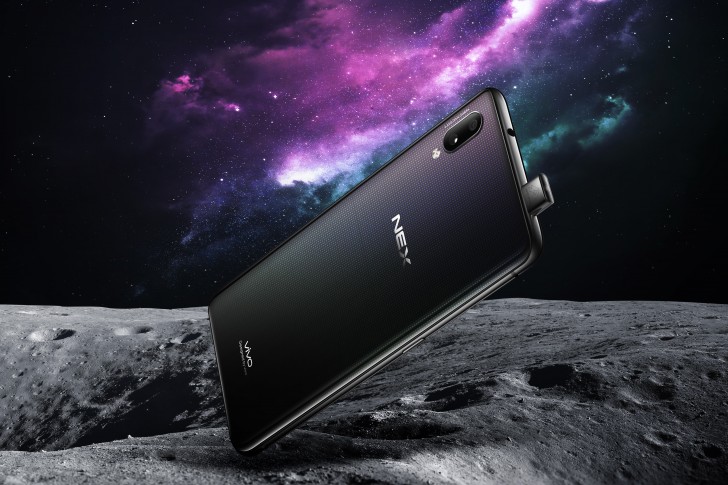 Speaking of the OS, the vivo NEX S gets the so-called Jovi voice assistant. A dedicated hardware button on the side - just like Samsung's Bixby - lets you activate Jovi and ask for its help. Jovi is capable of image identification, it can launch apps and supports numerous other voice commands. The cameras on the back also benefit from the AI-capabilities of the device with scene recognition, HDR, filters and photo composition.

No word on international availability - the press release just says that it will be available in China but we knew that from the start. If it ever goes on sale outside the country, it won't be soon for sure, at least judging by X21 UD's availability.

The back of the phone looks good. It also seems easier to hold the phone. For the next years phone the chin needs to be removed. Also hopefully keeping this screen size, some smaller screen sizes are available too.

In my country samsung mid range and oppo and vivo are priced equally like vivo v9 is priced $360 same as oppo F7 but more expensive than xiaomu mi 8 se and around same as samsung A6 and oppo r15 cost $550 same as honor 10 cheaper than vivo X20 UD ($6...

I want this phone Iam in oman