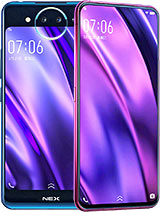 NFC again missing, same like by previous nex S and like by last flagships of meizu!!! why??? for me flagship without NFC is not acceptable!

anon, 08 Dec 2018Lyndino, If you're using Google Duo for video calls, "If you can't connect to a Wi-Fi network... moreThanx man, I use kik and it just works.

trying to get rid of the bezels, and then created a huge one at the back, 4 now Infinity O is still the deal.

Lyndino, 08 Dec 2018Has anyone given into account the user's data plan? not everyone has unlimited data and if you... moreLyndino,
If you're using Google Duo for video calls, "If you can't connect to a Wi-Fi network, Duo automatically lowers your connection to 1Mbps." https://support.google.com/duo/answer/6376137?hl=en

If you use Skype, "This tutorial will teach you how to set the default video quality for your video calls on Skype." https://ccm.net/faq/34713-skype-for-android-set-the-default-video-quality-for-your-video-calls

If you use Whatsapp, "go to WhatsApp Settings>Data and storage usage, scroll down to Call settings and check the little box under Low data usage" https://www.dignited.com/28585/how-to-improve-on-the-quality-of-your-whatsapp-calls/

If you use another app, I'm sure there are still options for you.

Has anyone given into account the user's data plan? not everyone has unlimited data and if your trying to video call with an ultra high-res camera your going to run into massive data consumption.
I used to want an all screen phone as I never taken a selfie until I started working out of town and started video chatting my family. Wouldn't be possible with a camera that had more resolution due to the low quality internet where I was. Rather have a bezel like my S8 than an all glass front at this point.

jiggs, 04 Dec 2018I like the 2nd screen design I think it's risky not putting a front camera on the phone. that ... moreWow! How lazy can people be? Just turning the phone around to use a secondary screen is tedious? Jeezzz..! Anyway, for people like me who aren't selfie addicts should welcome such kind of design. I rarely use selfie and wonder why manufacturers try so hard with notches and sliders. This design is simple and to the point.

Too bad no card slot, else can just easily transfer old phone to new phone.

Unknown , 06 Dec 2018The design wasn't well thought out... Imagine if a user was to purchase a cover. Hopefully the... moreNubia X (that has the same form factor) comes with a case. So is possible.

The design wasn't well thought out... Imagine if a user was to purchase a cover. Hopefully they will produce one that can allow the user screen interaction but however if one was to not purchase a cover he or she has too screens to worry about

Haha, this one has a better screen-to-body ratio on the back that the last year's iphones had on the front.

SD should be 855 instead of 845 for 5G modem.
Battery power and gorilla glass layer not mentioned.
Rear display should be Sunken inside the body to prevent scratchs.

Joker, 05 Dec 2018Sometimes I'm habitual to play Po*n in public so this phone will stop me doing this because it... moreProbably, as in Nubia X, if the second display is not used , it will be turned off.

There is half circle in the rear screen. Will it disappear when using th rear screen?

I worry about why vivo dont make video reccording 60fps 120 or 240 fps. So remove or change slogan "camera and music". While other brand can did that on midrange phone with ois or eis. Hello vivo "what's your position for your product?"

Sometimes I'm habitual to play Po*n in public so this phone will stop me doing this because it will also show it on the back screen?

No "i love my self" cam... Weeeeee a masterpiece of a jewel, i like.

I like the 2nd screen design I think it's risky not putting a front camera on the phone. that means you have to turn the phone around to use the secondary screen everytime you want to take a picture. It could get annyoing for users over time should have put an under screen front camera. other then that it looks like a really good phone