vivo Android In for review

Back in October the ZTE nubia X arrived with two screens, later followed by vivo NEX Dual Display Edition. We were in Shanghai, China, for the unveiling of the new NEX, and we are finally back home to get on with the usual detailed review of the phone. But before heading into the labs, here’s what made an impression right out of the box.

When you think of a dual-display smartphone, the first thing you ask yourself is “why”, but the NEX Dual Display Edition easily answers the question when you power it. Just like the NEX S with the periscope selfie camera, there is a massive Super AMOLED display on the front with basically no bezels since there's no need to fit a selfie camera and other large elements here.

What is more impressive, though, is the impressive performance of the secondary panel. It is also of the AMOLED variety and while it's somewhat smaller it can still get a lot of things done if needed. Once you get used with the form factor of the phone, you instinctively use the back screen without giving it a second thought. Once you realize you need to use the camera, you realize it is already in front of you. 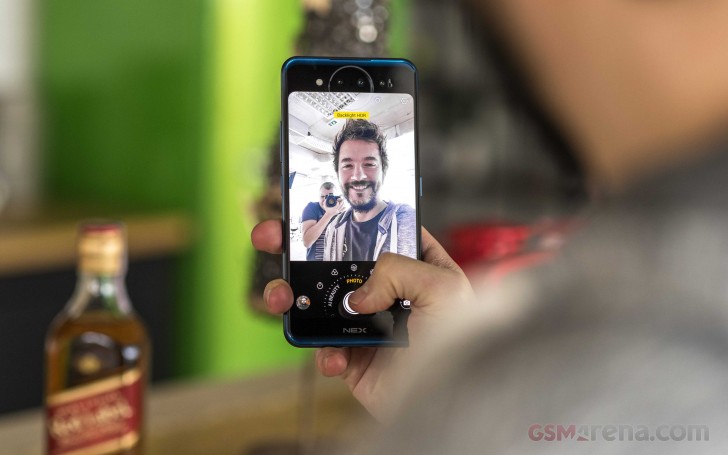 The camera with its Lunar ring is another feature that immediately grabs your attention. It is a circle, with the bottom half still part of the touchscreen. The edge features RGB lighting that can make some cool colorful effects. We’ll see if there are also any practical uses for it or if it's mostly for show when the review is complete.

The camera setup itself features a 12 MP f/1.8 primary module with the so-called dual-pixel technology, 2 MP secondary snapper with super large pixels to boost low-light video recording, and a ToF sensor. It has one LED flash for your regular shots and a couple of smaller LEDs to create softbox effect for your selfies. 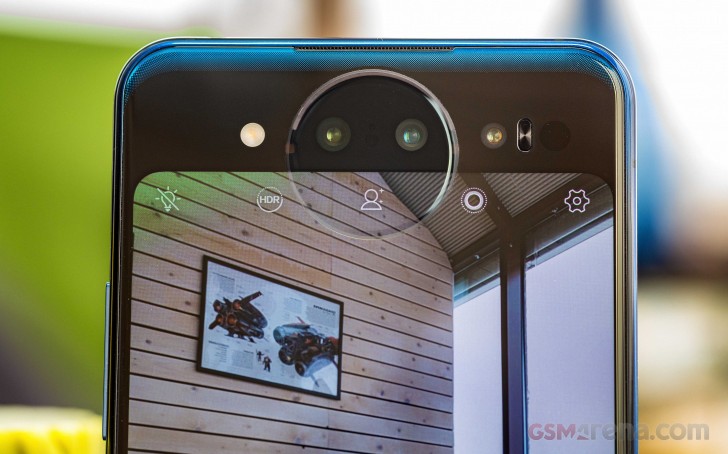 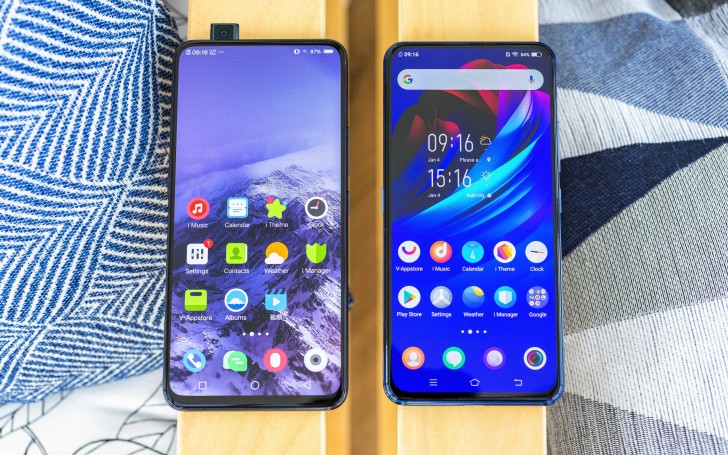 The user interface is still the biggest caveat when purchasing a vivo smartphone. The FunTouch OS has got some cool features for sure, but also some parts that don't seem to make a lot of sense. Even at this point it feels like it's bound to cause some opinion polarization.

Like the gimmick that lets you swipe a V on a locked screen and the other panel will play a short "mood" video. Some might say this is tacky, other would praise it; we think it’s showboating, but a final verdict about the OS and everything else will be issued once the full review is complete.

Sorry man but this is a retarded idea. People will migrate to the larger screen no matter how much power saving the smaller 'kindle' screen has. And I want a front facing camera over a full screen front.

Seems to be a good idea, but additional cost probably is too high to get this design popular. The dual screen can eliminate the front camera, that can save some money. However, I guess overall the back screen cost should be higher than the f...

The idea that 2 screen one can be used for selfies is good. I like it only if it consumes less battery power. This makes it not require the front camera, main camera serves purpose of both selfie and other shoots. also serves to make main display lar...