The vivo X27 will come with its pop-up selfie camera on March 19 and it appears it will arrive in three variants with different chipsets and fingerprint scanners. The new devices will be accompanied by the vivo S1, which is an entirely new smartphone with a selfie camera and an LED flash rising from the middle of the top. 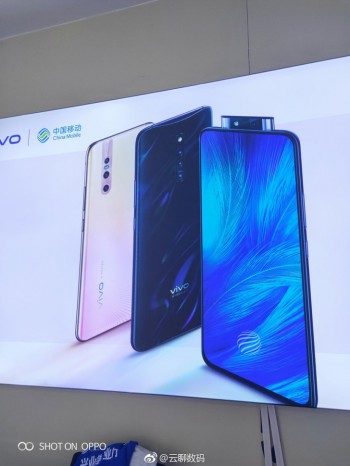 The vivo S1 is a surprise, as no one expected this phone. It is rumored to be up for pre-order on Saturday, three days ahead of the big event. It is said to have Helio P70 chipset, 6 GB RAM and 128 gigs of storage. The screen will be 6.5” with Full HD+ resolution and under-display fingerprint scanner. The triple camera setup will be 12 MP regular + 8 MP ultra wide angle + 5 MP depth sensor. 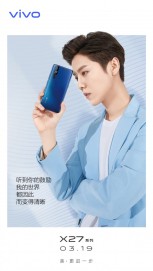 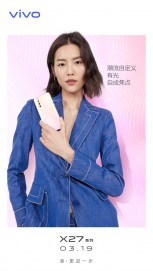 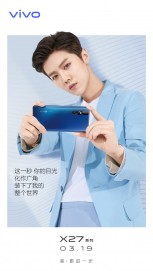 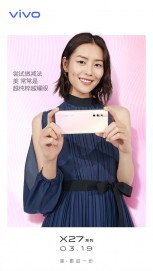 While most of the vivo X27 specs are known, thanks to the TENAA listing, we see it will have a cheaper version with Snapdragon 670 chipset and a more expensive one, powered by Snapdragon 710. While all of the variants will have a triple camera with 48 MP main shooter with Sony IMX586 sensor, the Pro one will have a 32 MP selfie shooter, instead of settling for 16 MP.

Price of the vivo S1 will be CNY2,298, while the vivo X27 will start from CNY3,198 and it would be great to see if any of the phones will be available outside China. If you want a vivo with a pop-up selfie shooter, you can go for the vivo V15 and vivo V15 Pro that look similar but have some minor specs differences.

Vivo S1 has to be cheap ! and has to come with TYPE C