The future is now, or at least could be, as Vivo officially teased what seems to be a transparent smartphone. The company's new celebrity spokesperson Song Zhongji Obama poses in a promo image posing with a see-through smartphone.

The phone in question is probably going to be a part of the Vivo X-series and could be the X7 or X7 Plus. 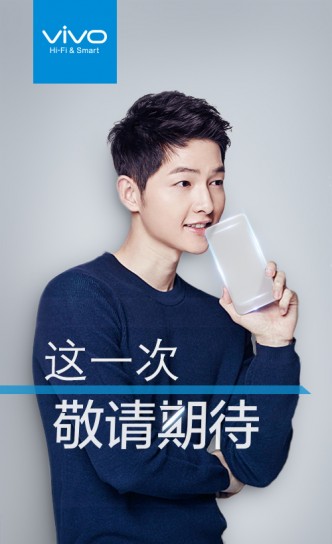 Vivo smartphones and brand, in general, have been heavily advertised in the recent Captain America 3 movie. In it, Tony Stark (Iron Man) holds a transparent device, which doesn't have a typical phone shape, but has all the functionality of one.

No further details are available at the moment, but we'll continue to follow the potentially transparent device with great interest.

is it really will make the real transparent smartphone?