vivo V17 Neo launches in Russia, it is actually the vivo S1

Remember the vivo S1 that launched worldwide but is different than the vivo S1 in China? The one that is called vivo Y7s at its domestic scene? Well, it is arriving today in Russia with another new name - vivo V17 Neo. It will arrive with 6 GB RAM and 128 GB storage and will cost the equivalent of $315/€285. 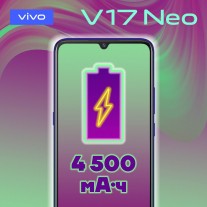 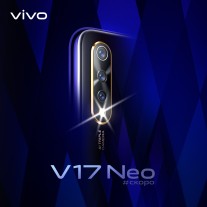 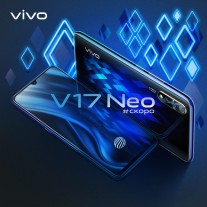 The phone comes with Helio P65 chipset, housing an octa-core CPU at 2 GHz. The screen is 6.38” Super AMOLED with an underdisplay fingerprint scanner, while the camera is in a waterdrop notch. There are three shooters on the back - an 8 MP wide-angle lens, 16 MP main shooter, and a 2 MP depth sensor.

Another nice feature about the phone is its 4,500 mAh battery with 18W fast-charging support over the micro USB port.

The colors are translated in Russia as Black Diamond and Aqua Pearl both will be available when the phone launches later today. Its price is RUB19,990 and there is only one memory option, so the only choice customers will have is the paint job on the back.

Speaking of Russia, anybody have an idea of will be miss Russia 2020?