Earlier this month the vivo V21 got certified in Indonesia ahead of its launch, and then vivo's arm in Malaysia started teasing the phone outright on its official website. So it was pretty clear that a full unveiling was going to happen sooner, rather than later.

That's been confirmed today, by vivo Malaysia's official Twitter account. The V21 will be made official on April 27 in the country, alongside a V21e. We were always expecting the V21 to be a family of devices and not just one phone, and this pretty much confirms that. 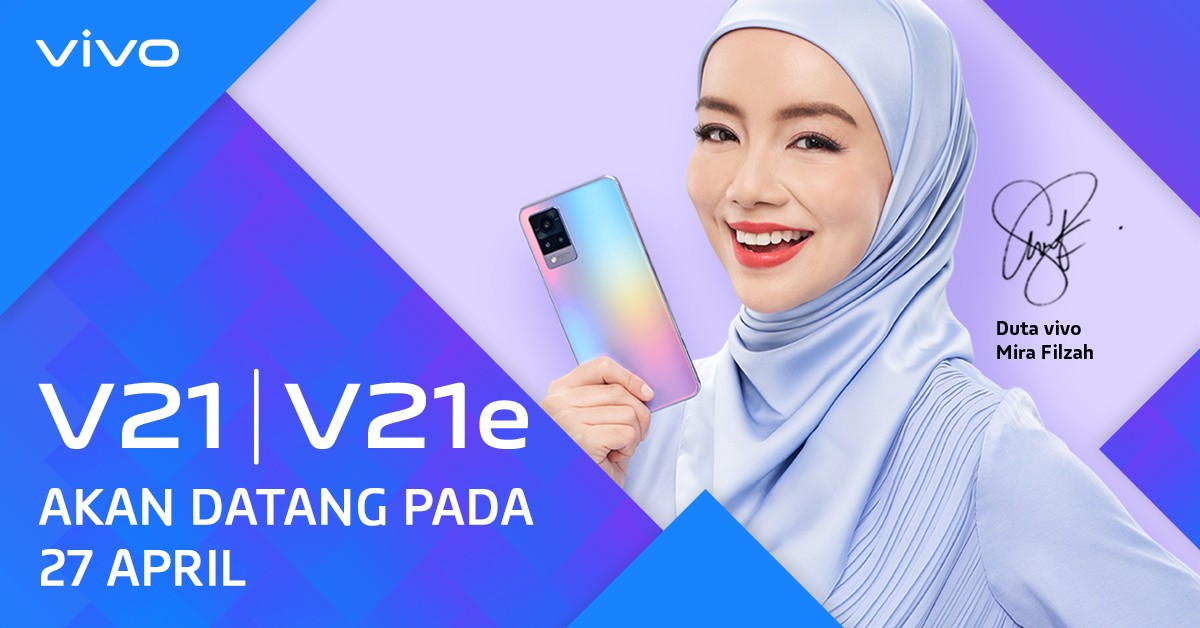 According to a yet-unconfirmed report, the V21 should also launch in India on the same day. The V21 will support Virtual RAM, so you can 'add' an additional 3GB by using the storage for a total memory of 11GB. The V21's selfie camera is now rumored to have eye autofocus, and the phone is said to retail for under INR 25,000 ($335 or €279 at the current exchange rates).

No, because it support 5G network