Vivo will launch a phone with the Exynos 980 5G chipset, exec confirms

Vivo dismissed reports that it’s looking to build its own chip and instead confirmed that it will launch a phone with Samsung’s Exynos 980 by the end of this year. Vivo may be the first to use the chipset as it was namechecked during the announcement of 980 chip.

The Exynos 980 is the first mid-range chipset with an integrated 5G modem. It’s an 8nm chip featuring two Cortex-A77 cores, six A55 cores, Mali-G76 MP5 GPU and an NPU. Using an integrated modems is cheaper (as they simplify the motherboard) and more power efficient to boot.

The 5G modem promises download speeds up to 2.55Gbps using the sub-6GHz standard. It can also combine 4G and 5G downlinks to hit speeds up to 3.55Gbps. 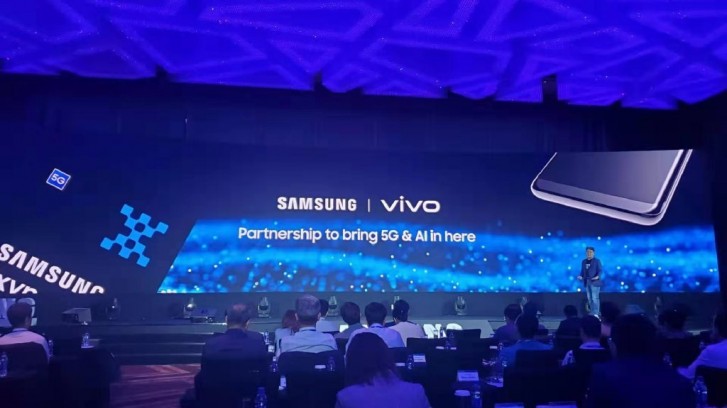 Qualcomm will bring 5G connectivity to the mid-range as well with new 7 and 6-series Snapdragons. Earlier this month Oppo VP Brian Shen teased that the company will be the first to use these chips. The Snapdragon SDM7250 is expected by the end of the year, built on a 7nm process.

Of course, many other makers will join in and it will be interesting to see how many go for the Exynos and how many stick to Qualcomm. Recently, Motorola has been choosing Samsung chips, Samsung’s own A-series will likely also go with the Exynos 980.

Snapdragon is a flower. And if Kirin is god, probably giraffe is also. Educated Christian, I see.

A great move. I wish Samsung used it first it its refreshed A series.