We’ve seen an extensive number of leaks and details about the upcoming vivo X50 series in the past week. It has been making waves with its camera prowess headlined by the Samsung ISOCELL GN1 sensor and its impressive gimbal-like image stabilization system. We’ve already heard that there will be a regular X50 alongside the X50 Pro model and now vivo released official renders to back up this claim. 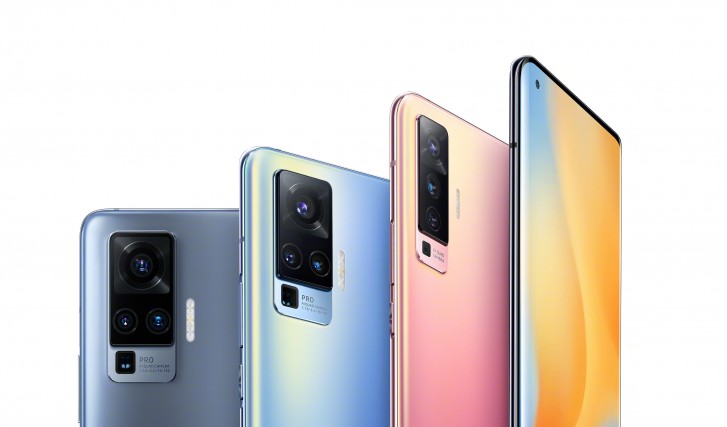 We can see the X50 and its Pro sibling in three of the official colors with the vanilla X50 being the pink one. It has a different camera setup but seems to retain the Samsung GN1 sensor on top while omitting the dedicated periscope unit. In addition to the official teasers, Chinese tipster Digital Chat Station revealed that the X50 series will come with 90Hz displays and the Pro’s periscope unit will have a 48MP sensor behind it. The X50 will come with a 2.5D screen while the one on the Pro will offer a more dramatic curved effect.

Alongside these new details we also get a promo video that shows out the full focal length range of the X50 Pro which will be capable of up to 60X hybrid zoom. The X50 series is scheduled to debut on June 1 which leaves plenty of time for more details to emerge.

In the future we will laugh at all the so called PRO phones. Hahaha. They just phones with extra features that manufacturer don't include in the downgraded 'regular' version. And the fact that downgraded version only exist just to keep the price 'aff...

It seems a bit weird to go through the trouble of this gimble system then use this Samsung sensor. Maybe the performance will be better, but I'm not going to hold my breath.