vivo has announced a partnership with Zeiss for the camera development of the X60 series. We already saw the vivo X60 and vivo X60 Pro debut, and we learned a third variant called vivo X60 Pro+ is in the pipelines.

Renders of the phone appeared on Weibo, suggesting that the Plus variant of the Pro phone will have the same number of cameras on the back but they will be aligned differently, and have a new sensor for the main shooter.

The first blurry image is rather low on resolution, but it aligns nicely with the other image from earlier this year. 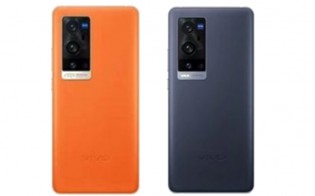 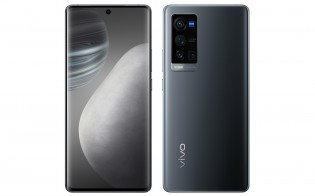 The difference in the logo placement between the images is because the one with orange and gray is vegan leather options, while the other is a basic panel with glass on top. The front is likely to stay the same as the X60 Pro - curved sides and a punch hole in the center.

Expectations are the phone to be powered by Snapdragon 888 chipset, bringing more power than the other two members of the family.