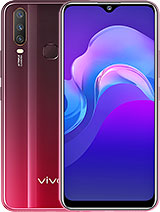 No name, 08 Apr 2021I can't even use the phone because of the new update...I thought I'm the only one no, you're not alone dude. I'm facing the same problem too, I regret updating it to android 11.

Anonymous, 11 Apr 2021After updating to android 11, I am facing many problems in this device like hang, freeze and h... moreBefore update of android 11 ,my COD was working fine. But after update my game is laging too much. And my phone hangs . It got heat up very early. I hate this phone now 😡😡😡

After updating to android 11, I am facing many problems in this device like hang, freeze and halts. Not supporting internal sound while recording games like PUBG. I am about to sell my phone through online now. I just hate this phone now after update.

I am using this phone when It launched in 2019, from last month after updating to Android 11, Phone is lacking very badly

I can't even use the phone because of the new update...I thought I'm the only one

Facing lot of glitches after the update and the functioning of phone is also slowed up....facing issues with top right down function and even the phone started to hang most of the time....dont know what to do next

How do u upgrade this to android 10

vivogamer, 25 Mar 2021Is it just me or the phone couldn't function perfectly? The apps keeps on crashing again ... moreSame happening with me I agree. After the new update, realy want the older version or fix the glitches.

just like you guys said, the new updates is so upsetting. i did report the problems thru Feedback app, there was a time the Vivo customer service called me to ask for the problem I reported, but that kind of not helping at all. Talking bout the problems, does anyone experiencing the Control center(especially for the swipe down from top right corner) sometimes disappear when the device slow down or hang? Also, the face and fingerprint unlock sometimes not responding at all. End up, it locks the screen back off. Do you guys experiencing the normal apps we use everyday like light photo editing such as VSCO, Snapseed and etc crash a lot. Oh and i also have an issue where this phone automatically hang up while I was talking for abt few seconds. The new updates is sucks. That's all I can say. They gave as A FAKEHOPE with that Android 11. Also, the Funtouch OS is not changing to Funtouch OS 11 which we expected it would change along with the Android 11. So disappointing.

Is it just me or the phone couldn't function perfectly? The apps keeps on crashing again and again and again. It makes me so frustrated and barely throw my phone into the fire. I'd like to downgrade my software to A10 or A9 if I could, because A9/A10 fits perfectly than the newest A11, A11 was a total failure in optimizing apps, like the kill background apps, screen display(the words keeps on disappearing), oh and the Multi-Turbo system. It was like no function at all. Give back the old A9/A10 to Vivo Y12! Even the PUBG GFX tool doesn't work in A11.

Suman, 20 Mar 2021Android 11 is a update full of glitches, slowdowns and lags. Vivo should either optimize the s... moreRestart your phone after update

Suman, 20 Mar 2021Android 11 is a update full of glitches, slowdowns and lags. Vivo should either optimize the s... moreYesss bro, you are right and i agree! and even though it's okay if it's still on A9 or yes, just increase it to A10 it's not a problem but Vivo has to fix it on A11.

Rahat minhaj, 20 Mar 2021It is updateable android 11 Android 11 is a update full of glitches, slowdowns and lags. Vivo should either optimize the software and release an update, or we have to give a chance to downgrade the software to Android 9.

It is updateable android 11

Anonymous, 16 Mar 2021The latest update made my phone laggy, and it is very annoying! Can I downgrade my phone to th... moreWhich update

Vivo Y12 is the perfect phone for me. I'm just an average user and I'm not a gamer or a photographer so it doesn't matter if the camera/video are not that good but I'm looking for performance wise phone so I'm glad that I found this phone. I'm an audiophile so yeah the only negative that I would say is the built-in speaker is not that loud but when you use a high quality headset or speaker, the sound quality is good. I just notice that after I upgraded my phone, from Android 9, I got Android 11 which I wasn't expecting but a little bit confusing because the Funtouch OS version is still in Funtouch OS 9 but in Android 11. The UI is pretty but the glassy plastic in the back is bad. Overall, it's a good phone for an average user.

Jhley, 13 Mar 2021Why is the new updated of the vivo y12 is so lag it's so annoying I can't even have ... moreMine also feels like it drains its battery more than usual. Annoying as hell, damn.

The latest update made my phone laggy, and it is very annoying! Can I downgrade my phone to the older version?

Total of 157 user reviews and opinions for vivo Y12.
ADVERTISEMENTS