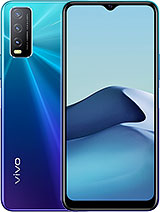 Lagging after upgrading the OS. Might as well stay at the previous version. Not sure if any code fix will give this phone a smoother run.

Shifat, 04 Jun 2022Any one get Android 12(funtouch 12) on Vivo y20 2021 edition ??From Malaysia. I got OTA update to Android 12. The phone became laggy and behaving weird. Definitely lots of bugs. Waiting for Vivo to fix the problems. Sigh!

VIVO low/mid Range budget phone only get Android Update but not the UI update.IF you want use UI 12 above you needed to buy phone... they will not given UI update

Anonymous, 13 Oct 2021Bruh camera quality is basically the quality of a 2010 phone and processing speed becomes as f... moreI wanna tell that vivo y20 has many variants ...
One has meditek Helio processor and one has Snapdragon 460 11nm and iam using the Snapdragon variant and it is really very smooth for heavy games like pes 2021, cod mobile , mobile legends and many more modern games ...

So I suggest that u should chose the Snapdragon 460 with 4gb ram version...

And I wanna tell that my phone is about to be more than a year but it's still running as a new one ...

Iam not supporting the phone but iam telling you my experience on this device.....

MHKHING, 24 Apr 2022I've been using this phone for 6 months and the point of this is do not update your phone... moreTry having an oppo still on 10 not by choice.

Vivo 2043 no have call recorder

I've been using this phone for 6 months and the point of this is do not update your phone once you updated to android 11. I have some weird delay, slowdowns, lag and bugs when I updated to the latest version even though I was already on Android 11. One thing that annoys me is that the version of funtouch 11 used on this phone looks just like stock android. It barely has features that any funtouch os based phones have.

Kennosky, 20 Oct 2021Please how good is the phone?? Please I have paid already for the phone but my money is ... moreIt can play genshin, the AI on this phone makes the game smoother progressively. So obviously light task is gonna be fine.

Anonymous , 25 Sep 2021Worst phone ever. It has insanely bad connectivity issues.like if I'm not in the room the... moreFoolish, you bought a wrong copy. Y20 is perfectly working. I love the functionality. I don't know how to use a slow phone I play heavy online games, and y20 game booted nails it. I multitask allot that phones hangs but my y20 has never hanged nor stops responding. Vivo really tried on this device. Go and buy the real deal and stop all these nonsense hate speech

Anonymous , 25 Sep 2021Worst phone ever. It has insanely bad connectivity issues.like if I'm not in the room the... moreSincerely speaking those of you complaining bought The wrong y20, I play game alot such as ART OF WAR 3, it's an online game and it runs very smoothly, more so, I even bought my y20 second handed with shattered calibrator and yet calibrating perfectly. Biometric is superb. No issues at all. You bought wrong device and blame the company for it. That's insane

I don't know why you guys have problems with yours. I had mine for a while now and mine is as it is as new.

Guyz! Maybe you bought a fake one... For me it's running smoothly.....

The rear camera is suck (blurred), my old cheap redmi 3s has better cam than this shit and also have remote control for TV or AC (I.R blaster), radio, etc i'm very dissappoint for this thing please give me a new update to fix my cam normally

My redmi 3s is better than this shit LOL very dissapoint

Total of 58 user reviews and opinions for vivo Y20 2021.
ADVERTISEMENTS