vivo's been very active with phone launches lately, and it looks like the company isn't ready to slow down in the near future. A new leak today details an upcoming device, the vivo Y3, which is expected to make its debut in China soon.

The vivo Y3 is pictured here in a color version that is going to be called Peach Powder. There's also going to be one called Peacock Blue. The phone has a 6.35-inch touchscreen with 1544x720 resolution and a waterdrop notch. 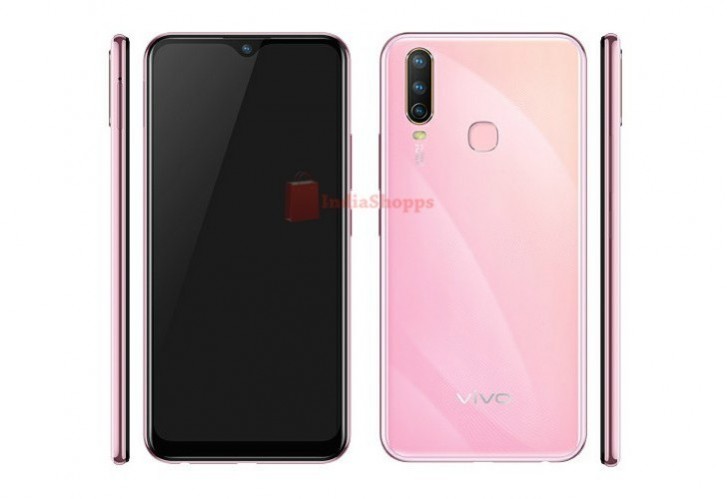 It's powered by the MediaTek Helio P35 chipset, paired with 4GB of RAM and either 64 or 128GB of storage. The triple rear camera setup consists of a 13 MP shooter, an 8 MP secondary one, and a 2 MP depth sensor. It's unclear if the 8 MP cam is there for zooming or it's an ultra-wide. On the front there's an 8 MP selfie snapper.

As you can see, the fingerprint sensor is on the back not under the display, which means this will probably be a really cheap handset. To add to that theory, it's packing a microUSB port, not USB-C. And it sports a polycarbonate body. It also has a headphone jack, and a 5,000 mAh battery.