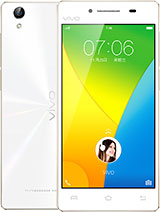 At first, I wasn't interested enough because of it's resolution.
But I bought the phone out of the blue.
This phone is good enough. This doesn't have those fancy stuffs that other phone have, fingerprint, or such. But this phone is great for its price!
streaming, games, music, camera, and most of all, performance.
I have use other high end phones but the performance of this is way better.
Camera is way better than others, it captures right at the moment.


I don't usually do review, but I'm giving the phone a review because this is such a relief to me that I am using a phone that gives me exactly what I need.

I just bought this phone today and I don't experience the issues yet. While reading those comments, I got discourage why I bought the phone. So many bad feedbacks -_- Hopefully, will not having issues about this phone.. Just wasting my money however.

recently my phone started to operate on it's own, I mean it keeps on scrolling and then jumping from one app to another and closing apps without i even touching the screen and it happened somany times in my phone, Please help me

I bought it in the month of August 2016..n I have used it for 5 months n it's system is not working... can't speak to others (mother board is spoiled)

Thyagu, 16 Dec 2016I purchased the Y55l model. How can I move App's from phone memory to external memory. Kindly ... moreUse I manager to move apps from phone to SD , i manager is already install there. Actually this phone is Nice. If laagy, try to restart it couples of times just like I did, its just system restart

Thyagu, 16 Dec 2016I purchased the Y55l model. How can I move App's from phone memory to external memory. Kindly ... moreFor the ones who doesn't know how to move application from phone to sd card . JUST COPY THEN PASTE IT OR CUT AND PASTE .. thanks

This phone is not supported Hindi fonts. So download file is no show proper way

AnonD-621826, 17 Dec 2016I just bought it today and how do i know it is original set or not?it it is not good phone not giving battery bacup more

Please help me on how the battery doesn't get empty easily.
Please reply.
Thank you.

Are you really sure???
I'm worried about their opinions :(
I just bought this phone last December 18, 2016.
I'm afraid if this phone will lagged and destroy.
I don't have lot of money to buy another cellphone.

i bought the phone last dec. 14 after 3 days the phone hung while playing 2k17. and the phone started to log.....Please dont buy this waste of money...

Worst phone ever seen waste of money and time...m hangs alot it won't connect to PC easily if it connects my hangs.... Please don't buy search for another phone please.. ..

I just bought it today and how do i know it is original set or not?

Really fantastic phone one of them compare with other phone as price but can't understood about battery it's specification shows 2350 and shopkeeper tell 2650..is one of them have a problem about battery please post notification
At begun it takes more time to fully charge around 5 hr but after days it takes less hours plse help me out of this problem

Can somebody help me? I bought the phone last night Dec.16, 2016, and now it's lagging. The screen froze and I can't turn it off~ If the battery wasn't built in, I could just remove it and put it back. But this is a battery built in phone~ HELP

I think I know the reason why it lagged. Too many opened apps. I'll avoid that next time.

But for now, how do I reboot/ turn it off?

jay from Ahmedabad, 17 Nov 2016Very bad phone at this price. As I buy it in 5th october and it was hanged 2 times. Radio is a... moreWhat kind of hang do you mean??? the screen freezes and the buttons doesn't work anymore?? How did you fix it?? Help