Remember the vivo S1 that leaked earlier this month with three cameras and Helio P65? Well, today it was launched in China under the name vivo Y7s because the vivo S1 moniker is already occupied by a completely different handset with an elevating selfie camera and a fingerprint scanner on the back.

The new phone runs Android 9 with Funtouch OS on top on a 6.38” Super AMOLED screen with a fingerprint sensor undeneath. It is the first phone with the new MediaTek platform that brings slightly upgraded CPU cores.

The vivo Y7s’ Helio P65 chip brings octa-core processor with two Cortex-A75 units and six Cortex-A55, all of them clocked at 2.0 GHz. The GPU is now ARM Mali-G52 which faster than the Mali-G72 in the Helio P60. The phone comes with 6 GB RAM and 128 GB storage, expandable with up to 256 GB more through the microSD slot.

The triple shooter on the back has an 8 MP wide-angle lens, sitting on the top, then the 16 MP main camera is in the middle; they are accompanied by a 2 MP depth sensor and an LED flash.

The battery on the vivo Y7s has 4,500 mAh capacity and 18W fast-charging support, but that's done over the dated microUSB port. 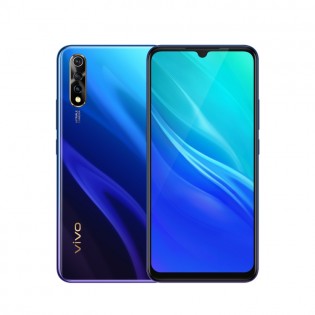 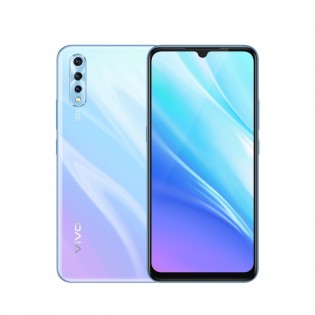 The phone will be available for purchase in either Sea Wind Blue or Wave Blue, with the former actually having a pink gradient and the latter coming with a near-black finish. Price is CNY1,798 which is about €230/$260 and the first flash sale is set for July 20.

OK, thanks for the info.

Thats a huge difference in processor specs. The P35 is like an entry level chipset found in $100 phones. The P65 is an upgraded mid level chipset and is comparable to phones found in the $200 - $250 price range.