The Y90 was just officially announced, becoming the newest entry-level smartphone by vivo.

vivo Y90 is built around a 6.22" HD+ FullView display with a notch up top housing the 5MP selfie camera with f/1.8 aperture. The back of the smartphone has curved edges and is home to an 8MP primary sensor having an f/2.0 aperture.

The smartphone doesn't come with a fingerprint scanner, so biometric authentication will be done through face unlock. 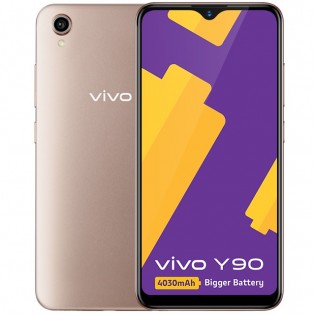 The vivo Y90 packs a Helio A22 SoC which is mated to 2GB RAM. The smartphone boots to Android 8.1 Oreo with Funtouch OS 4.5 atop, and has 16GB or 32GB of storage onboard with the option to further expand it up to 256GB via microSD card.

U are wrong. Everything depends of manufacturer.How Nokia and Sony can update mediatek smartphone?! Also there are many great chips p35,p60,p70,p90,x20,x25...

You can count on vivo to release microusb phones, with prices from 100 to 500 dollars