Two weeks ago vivo introduced the affordable Y93 smartphone, the first device with Snapdragon 439. Launched for about $215/€190, the phone packs impressive hardware for its cost with a massive 4,030 mAh battery and 4 GB RAM.

Now the manufacturer is about to launch a tad more expensive version, called vivo Y95. Specs look pretty similar to the vivo Y93, but there is a fingerprint scanner on the back, according to leaked photos of the phone and its retail box. 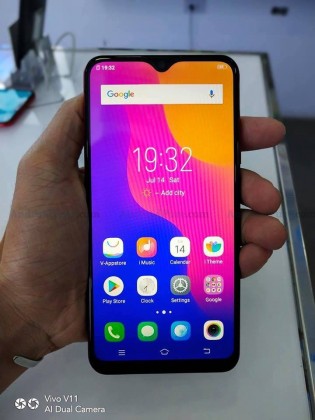 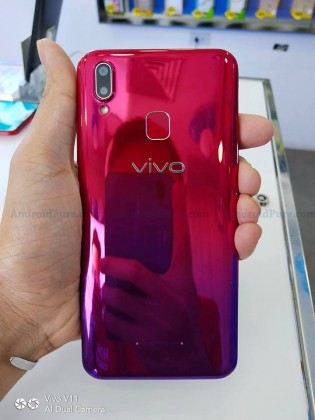 vivo Y95 front and back

The source says the phone will have a 6.22” screen with a tiny waterdrop notch for the 20 MP front-facing camera. The company calls it Halo FullView Display, and it comes with HD+ resolution and 19:9 ratio.

Since the device is pretty much the same as the vivo Y93, the chipset is said to remain Snapdragon 439, coupled with 4 GB RAM and 64 GB storage. It will have Funtouch OS, based on Android Oreo, out of the box, which is hardly surprising, since vivo is yet to launch its Android Pie update to any of its phones. 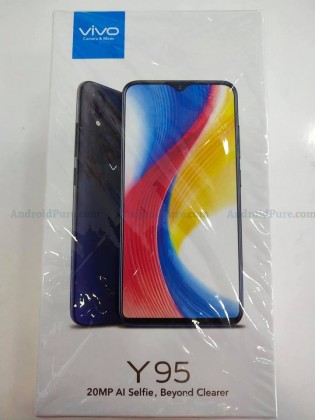 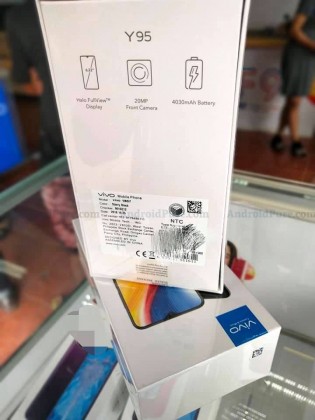 You want a pie, you have to update the device that came out with pie

This should be a battery champ

Wow this looks like a promising model for a lot of multimedia users who tend to use it mostly to watch movies, videos and socialmedia!