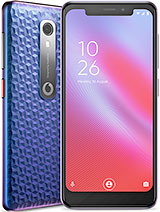 a better choice would be the huawei p smart 2019

Purchased my Vodafone Smart N10 from Target-for $149, it's fantastic. Notch is a bit like the iPhone XS, shape wise.

Face unlock easy to setup and quite fast unlocking.

Groovy pattern on the rear-which is striking.

Camera is good, even has a portrait mode (using software tricks as there's no dual camera unlike the Smart V10)

I've had a few Vodafone devices in the past and they have always been pretty good for the price, and in the end I trust them more to protect my data than most other phone makers out there...

Anonymous, 05 Jun 2019Great value for money device, more than enough for your average user, well built and excellent... moreThat is just, fake. Do you know anyone that goes on this site to view the reviews for this phone?

With a design like this, specs like that, I think most of those are just straight up lies.

Great value for money device, more than enough for your average user, well built and excellent VCX score on the camera : https://vcx-forum.org/zh/score/mobiles/vodafone-smart-n10

why even create the notch there, should just be a regular 18:9 and cut off the bezel under the front camera. The notch just introdes the display instead of saving space. Also the back of the phone looks cheap, what have they even attempted there? Vodafone have lost the plot since the 6 series

BelowAverageAndroid, 03 Jun 2019They just don't know how to make a phone. Look, I rather have that cheap, probably no-update D... moreMan Doogee is a spanish company they creater more for less in this case they are better than xiaomi or Oppo Vivo Meizu.
But their quality is just average.
Just google Doogee Y7 for price and specs.
You barely find better and cheaper phone on the market.

Anonymous, 30 May 2019€150 for 16GB storage/2gb ram? You could buy a samsung s7 or Oneplus 3/3T for less than €150!Apparently they don't know that those deals exist. No one will buy this, I can ensure you. Redmi are just better phones, and older phones like the S7 and 3T you mentioned also outpace this thing, completely in specs. This just makes me hate the companies even more, who follow this notch trend than the notch itself.

OdysseyTag, 02 Jun 2019Legit the most offensive phone I've seen to date. My goodness...Agreed. And I thought the Pixel 3 XL, which was renowned for being the most ugly flagship in the market, was bad. Then I came across this. This is the worse iteration of a notch I have ever seen, so much I rather see some cringy music video than keep staring at this thing 24/7.

BelowAverageAndroid, 01 Jun 2019I think vodafone is low on their sanity level. Notch lacks any purpose, the bars are way too b... morejust think like: if crApple can do a notch phone and keep on doing that...vodafone is jumpin' on the trend, late but is there...

that chin tho...not gonna happen, for 150 you can buy better, much better.

Vodafone is desperate, this phone back look like a mix of Motorola with ASUS. FAIL Vodafone, FAIL

This is literally the ugliest phone I have ever seen. This even puts the Pixel 3 XL to shame.

Legit the most offensive phone I've seen to date. My goodness...

The CEO should stop asking his children to design a new phone for his company.

What kind of a design is that? The curves doesn't even match the phone... If that humongous chin has a fingerprint then it would be less intrusive.. But this is just damn.. Didn't the designer forgot to take sahoor or something