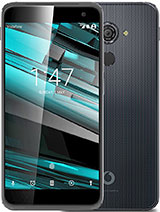 never again! had it after a month and fingerprint scanner has screwed up when i only use it as a wifi hub connected to the pc, i havent even touched it today!

Patterson, 01 May 2019Your motherboard is shot. Phone got hot to many times and some connection became unstablemine also

Sammy, 28 Feb 2019Does anyone know if a new battery will stop the constant "boot looping". The phone is complete... moreYour motherboard is shot. Phone got hot to many times and some connection became unstable

Sammy, 28 Feb 2019Does anyone know if a new battery will stop the constant "boot looping". The phone is complete... moreMy phone had same problem. Had to be replaced under warranty.

Sammy, 28 Feb 2019Does anyone know if a new battery will stop the constant "boot looping". The phone is complete... moreYes, it will, has happened to me, replaced battery, everything is working as it should. Cheers

Does anyone know if a new battery will stop the constant "boot looping". The phone is completely unusable and I can't send it back as I changed the charging port myself a few months ago. It had been working perfectly after that until last week. Still in contract and can't afford a new phone at the moment.

It's actually a decent phone for once

I really like this phone. Feels and looks like a quality product. However, I have noticed recently the phones keep rebooting itself for no reason. can be very frustrating as can happen any time ( even whilst making a call). Anybody got any ideas why this could be. The phone is just over 18month old

andy, 27 May 2018bro, speak to alcatel ( the Vodafone Manufacturers)TCL is the manufacturer...

AnonD-750915, 09 Apr 2018Good day Vodacom. I am very, very disappointed. What a pity for Vodafone. This is a rev... morebro, speak to alcatel ( the Vodafone Manufacturers)

Unfortunately, my SP7 went into 'bootloop mode' 3 days ago. Fortunately, there's a 24 month warranty in the UK and it happened 6 weeks before the warranty runs out.
Usually I change phones after a few months of use as I just get bored and want a new one... I kept only 2 phones longer than a year and both developed faults. One of them is Moto G2 that served as a backup phone - faulty RAM after 15 months. There was only 1 year warranty so sold as faulty for spares / repair. The other one is Vodafone SP7 - bootloop after 22 months, sent for a warranty repair. After short online investigation I suspect faulty motherboard but I'm waiting for news from Vodafone service center.
I take care about my phones and never even dropped any of them but looks like these days modern phones are not designed to last longer than an average 18 or 24 month contract. Moreover, I have returned a dozen of smartphones straight away after purchase as they were already faulty as new. That is really sad...

This is easily the best phone I've had. I did get the bot loop problem a year in and VF replaced it immediately no quibbles. Even today its more feature rich than some of the medium to flagships phones out there. Initially I'd chosen an S6 but swapped it within 30 days for this because it was a better featured phone. Only bug for me is it's stuck on Android 6 Marshmallow and I frequently use Android Auto. On this release the USB is blocked until you manually enable it, twice, which you really dont want to bother with when getting in the car. But this is a Google mistake. No upgrades are likely.

Hi people I'm a platinum 7 user and a Vodafone customer for 18years when I got this phone the screen had a green and then white line down then it went off Vodafone sent it of for repair under warranty, l have had no issues at all since it's one of the best phones out there 2k screen stereo speaker's and so on.

Good day Vodacom.
I am very, very disappointed. What a pity for Vodafone.
This is a review specifically aimed at the Vodafone manufacturers. I chose this phone on a contract simply because i was happy for Vodafone to enter into this market segment again with a proper SMART smart phone. I liked the feel of it, it performed perfectly, at the same level as other phones in the similar bracket of smart phones. I was happy with it, at first. But, and then a BIG BUT... 6 - 7 months into my two year contract the phone started giving problems. The very slick appearance seems to be a big disadvantage because it so easily slipped from my hand and fell. Later i discovered a little crack in the corner (the phone worked perfectly for a few months after that), which in the end rendered the phone, according to Vodafone Head Office to be too expensive for me to repair and thus let me without a phone. The phone also started to restart itself when i opened the camera, or wanted to watch a video clip. This could be the result of a faulty battery (only to find that the battery cannot be separated from the phone).
The same happened to somebody else with the same phone. The damages on the other phone was not that much, but the reply from Vodafone Head Office was exactly the same. If it was a bad feature on that particular phone, Vodafone Head Office could offered to, at first admit the fault, and then come up with an affordable solution so as to keep the trust of its users (such as myself and others who use Vodafone Platinum 7 that also expressed their disappointment on this web site). But we are being let down and never to return back to Vodafone. (Thank you to GSM Arena for this opportunity to air our honest opinion)
But what made me to be so much disappointed is that i sit with a two year contract with Vodacom but without a phone. I tried to support Vodacom and Vodafone (for many phone users it is in effect the same company), but is seems as if they are not interested in supporting me. The cost of repairing the phone equals to that of a new phone, which forces me to go back to the trusted brand names, AND tell all my friends and family members about my bad experience with Vodafone (they will ask me about my Vodafone, what will i tell them other than the truth?). I wanted to promote the new comeback of Vodafone, but it blew up in my face.... What a pity for Vodafone. I think it will by worth my while to file a complaint with the Ombudsman in this regard.

Keith, 16 Jul 2017For no apparent reason my voda smart platinum 7 mobile is resetting when it deems to. I did so... moreThis is a known issue, it seems that this phone has an issue with the motherboard. You'll have to take it to the voda store for repair

Don't buy this phone. Multiple cases of rebooting loops after 6 months to a year of use. Same happend to me and the smallest dent or scratch will make vodafone say it's out of warranty. And because it's a vodafone only phone no one else can repair it. It would have been an amazing phone. But this issue just renders it as a terrible product that will leave you stranded without a phone and a 2 year contract.

I have to say this is the worst phone i have ever had, I really regret getting it. Unfortunately I'm stuck in a 2 year contract with it. Its already been into the repair shop because I couldn't make calls, the photos were terrible quality, I couldn't get on the internet. It would dial other people while I was in the middle of a phone call. All of this by the time it was 6 months old, I was given a new sim card as they couldn't tell me what was actually wrong with it. Now I can be seconds into a phone call and it will just cut me off. Absolute rubbish!!!!