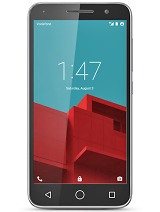 Zotan, 10 Jun 2016Well this phone is absolute rubbish. First it has a micro SD card slot yet you cannot move any... moreTotally agree!! Can't move anything to sd card when you try it doubles up what your trying to move to your sd card. eg:music, photos. Not the best is all I can say. Value for money?? I DOUBT IT!!!

my son has had this phone for nearly a year, and has never had a problem with it of any kind. I would thoroughly recommend it to anyone looking for a low to mid range inexpensive phone, it has a great screen for the price, and is user friendly.

must be a last-grasp HTC mobile

Elaine, 10 Apr 2016This phone is dreadful, I'm going to bin it and spend a bit more money buying a proper brand. ... moreI totally agree, brutal rubbish phone, keeps freezing, switching itself on and off, only have it 6 months and it's been rubbish from the first day. DON'T BUY IT!!

I have this phone for 9 months. Its not great. I have to shut it down several times a day as it constantly freezes and I cannot answer calls. It is very slow. I have cleared nearly everything off the phone. So its not loaded with apps. Would not recommend it. Also will not restart sometimes, just get a blank screen

anybody know why it keeps saying network error retry when i have wifi,only just got it and havent a clue i,ve tried everything would be grateful for an answer thank you

southwest, 07 Jun 2016I got my phone 4 days ago & its already freezing all the time and I gotta run the phone ou... morethis phone is only a basic phone .

AnonD-483719, 03 Jan 2016Hi Savanna, This freezing of the screen happens to me, very occasionally. I have been able ... moreWell this phone is absolute rubbish. First it has a micro SD card slot yet you cannot move anything to the sdcard and 2; the battery is NOT removable for €110 it is rubbish .At least with my old phone Huawei y 550 I could move things to the sdcard .the only way to move things is to remove sdcard insert into a computer then pug phone into the computer and copy from phones internal memory to the sdcard a lot of hassle for such a highly praised iPhone clone

nikki, 01 Jun 2016My phones screen not working n i cant even turn it off...so wat can i doi have same phone mines been ok for last 6 months x

I got my phone 4 days ago & its already freezing all the time and I gotta run the phone out of battery until it can unfreeze because I don't wand to reboot it and lose all my stuff. Love the camera but that's about it

I brung my vodafone 895N from new Zealand to Australia.... and i have no reception.... can someone help me please

Phone has locked and no helpful advice from Vodafone store or help line. Connect phone to computer was mentioned but store couldn't do it. Why?

Bad phone have 2gb left due to sim card and apps and phone still slow camera doesn't work sometimes sometimes work good other times wait 5 minutes for thing to load. Not a good phone but it is cheap enough so can't complain

Take note that it is upgrade-able to Android 5.1

Anonymous, 23 Feb 2016The battery is worse than crap. You have like 2 thirds left on it in the morning, by late afte... moreI get 9 hours screen on time on a single charge, can easily last me two days if I do basic housekeeping, even longer if I become meticulous. Try disabling radios when you're not using them, dropping your screen brightness (take it off Auto), clearing recent apps when you put your phone away for a while, and let WiFi go to sleep while your phone "sleeps".

LN, 27 Mar 2016i can't figure out if there is any proximity sensor, i don t see any option about it, and it d... moreProximity sensor is located between front speaker and front camera.

Elaine, 10 Apr 2016This phone is dreadful, I'm going to bin it and spend a bit more money buying a proper brand. ... moreI have no idea what you have been doing with your phone, I've had this phone almost a year and I have had none of the problems you have mentioned. So slow and sluggish? What apps are you putting on it? If you're loading the phone up with your Facebook rubbish and chock full of mobile games that constantly play ads, push notifications and consume power in the background, then of course it will run terribly. Do you manage your storage properly, not letting it get too full, do you clear your recent apps when the phone gets a bit slow? Did you even run software updates when you got it? Sounds like you did none of this. Protip, no phone "just werks", not even an iPhone or a Sony or whatever brand you like to mention, they all have bugs, they all get updates shortly after release to fix problems, and all companies botch releases or have the odd faulty unit. "Spend a bit more money buying a proper brand" Saying this has made you sound so silly. Alcatel or TCT Mobile is a proper brand, and they make more than phones. Take your snobbery and ineptness elsewhere.

Anonymous, 23 Feb 2016The battery is worse than crap. You have like 2 thirds left on it in the morning, by late afte... moreI don't get what people are talking about, I've never had a problem with this phone, has never overheated, never freezes, doesn't "black out" whatever that means, runs smoothly for me, apart at the beginning where it just needed updating. And not once do I need to restart it during the day.