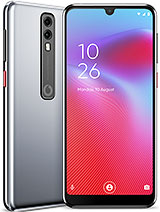 Super mobile vadafone I love you

Anonymous, 04 Mar 2021Is Vodafone still British?Yes and no Vodafone UK is only the UK market but in Scandinavia when Vodafone come to Sweden it's called Metropolitan soon it became vodafone and soon the Swedish/Norwegian phone Networks Telia and Telenor bought up Vodafone in Scandinavia.

Anonymous, 04 Mar 2021Is Vodafone still British?It has its roots in Britain, but it's a known network in many countries so it's hard to say

Anonymous, 04 Mar 2021Is Vodafone still British?Yes partly Vodafone originally British and then other USA and Europe company’s wanting buy in ...

Vodafone has a very fast network.

SHAPESHIFTER, 24 Nov 2020Yeah like your in every forum and posting in every forum,you just post for the fun of it,😠 ser... moreMan i run a phone shop cpmpany with 40 stores across the Slovak and Czech republic so i must been informed what going on and whats new is comming.
But i dont uderstand you.

CptPower, 05 Jun 2020Wealthy??? What do you smoking??? This phone cost too much at same or simmilar price i can f... moreYeah like your in every forum and posting in every forum,you just post for the fun of it,😠 seriously fella what's up with you 😱

Made up with the phone bargain at that price

All the phones that you guys have posted here that are better performance all cost at least 50% more than this phone. So why even compare them???

Great phone for its price. You gonna sell it a lot. Kappa

CptPower, 05 Jun 2020Wealthy??? What do you smoking??? This phone cost too much at same or simmilar price i can f... moreRedmi 6A is cheaper and a much better phone

raghspart, 05 Jun 2020Unfortunetly not all people are wealthy as you. if they cant let loose of 200 or more pounds a... moreWealthy???
What do you smoking???
This phone cost too much at same or simmilar price i can find plenty of lot better devices

CptPower, 30 May 2019SD429 32/3GB and 180 euros??? Only a looser would buy this. Xiaomi Note 7 or 7Note pro cost... moreUnfortunetly not all people are wealthy as you. if they cant let loose of 200 or more pounds as you do, this phone works great for many people around.

I've owned this phone for three months. It cost €80 Euro in a Vodafone Ireland store. My main uses are WhatsApp, video calling, social media and YouTube. The phone has been very good, reliable and the battery lasts about 30 hours once charged. I've owned Samsung and Huawei phones and I rate this phone very highly. I have also previously owned Vodafone/Alcatel handsets and this phone is one of the best I've used. I'm not a gamer though so haven't used the phone for that purpose.

The Lenovo Z5s is better than this in almost every way possible while also being way cheaper than what GSMArena says this phone's price is.

Sepfian, 01 Jan 2020at least noc copying another brand design. nice work vodafone!Are you joking? All you need is the website you're on to know that this design is a complete rip off of the Essential phone.