Realme will add two new phones to its main series and it promises that they will be the fastest charging phones in India. You can watch Madhav Sheth and company unveil the Realme 7 and Realme 7 Pro in the live stream below (a Facebook stream is also available at the company's official page).

That fast charging will deliver up to 65 watts of power, by the way. According to the CEO, a short 3-minute charge will fuel up the phone enough so that you can watch a full 2.5 hours movie or listen to over 13 hours of music.

Also, both phones will feature second-generation 64MP cameras, which will use Sony sensors. Both the Realme 7 and 7 Pro will have optimized Pro Nightscape modes to boot. 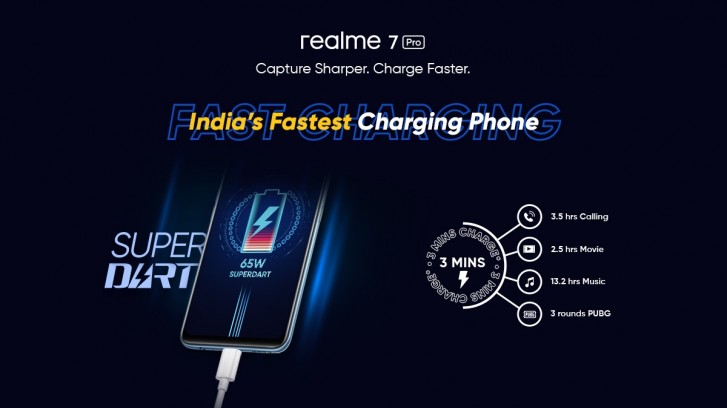 The live stream starts at 7AM UTC (12:30 PM IST). And don’t forget that later today there will be another live stream, this time for IFA 2020 – it won’t feature new smartphones, though, instead it will feature on the lifestyle category and AI-powered smart home devices.

see realme has always been in bad side of camera even if they give u da best camera specs their os and software optimisation will always suck ,instead of improving their software they keep adding new charging ,internal hardware for cheaper market tha...