Android already on top of the iPhone, according to Eric Schmidt

Google's CEO Eric Schmidt took part at the LeWeb conference today to discuss all things Google. Naturally, Android was discussed throughout as well. 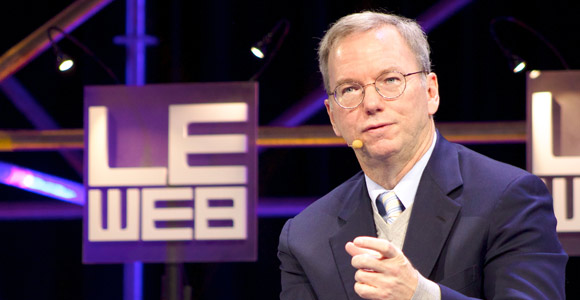 On the topic of Android, Schmidt made a statement that "Android is ahead of the iPhone now", making the majority of the iPad, iPhone and Mac-dominated audience go silent for a moment. Schmidt's reasons were simple: "unit volume, Ice Cream Sandwich, the price is lower, there are more vendors."

Those all are valid points, but there's an area where Google's mobile OS fails and that's winning developer's hearts as well as iOS has. Most app developers are creating their products with iOS in mind and then, eventually make Android counterparts, too. Here are his thoughts on the matter.

Ultimately, application vendors are driven by volume, and volume is favored by the open approach Google is taking. There are so many manufacturers working to deliver Android phones globally. Whether you like Android or not, you will support that platform, and maybe you'll even deliver it first.

On the subject of whether Android is copying iOS, Schmidt didn't go much deeper than "Android was founded before the iPhone was." According to Google's CEO "Social, local and mobile" have been in human's history for the past 10,000 years and aren't going away any time soon.

According to Schmidt, Android will turn things into its favor thanks to the high volume of Android phone shipments and the openness of Google.

If whether a device "works or not" is the only concern how will people decide between Android and iOS? They both "work". iOS and Honeycomb both "works". That's why other features matter they make people weigh pros a...

Perhaps u didnt understand my point. widgets , removable battery and SD-slot are IMPORTANT ONLY TO YOU NOT OTHERS. Only u care about them , most people care only one thing "IT WORKS OR NOT". thats my point. if those are ...

I would ask you the question why do you think Apple need to produce a mid range or basic handset? The answer is they dont the iPhone 3gs came in what 2009 and it still is a big seller so they dont have to. And as for people keep saying that the contr...