This week several companies announced 100+ watt fast charging solutions for future smartphones – iQOO’s 120W Super FlashCharge, Realme’s 125 W UltraDART, Xiaomi teased a 100W charger, Oppo announced not only 125 W wired charging but also 65W AirVOOC wireless charging. The Lenovo Legion will get close with 90W. How much is too much?

Partial charges are just insanely quick – 33% in 3 minutes says Realme, 41% in 5 minutes, claims Oppo. At this point you can get a day’s charge while looking for your wallet before heading out.

What do you think – is this the fastest charge we’ll ever need or is there room to go faster still?

Keep in mind that this isn’t as simple case of “the more, the better”. Realme, for example, put 14 temperature sensors inside the battery to ensure it never overheats. Oppo used 10 sensors. iQOO says that additional cooling is needed to protect the motherboard.

All of these systems split the battery into two 2,000 mAh cells and use two or even three charging circuits, effectively doubling the charging speed of a single battery at the cost of doubling the system’s complexity. And the added cost that comes with that, of course.

The companies are advertising charging speeds using a 4,000 mAh battery, which is nice as it helps compare different technologies. It may be no coincidence, however, as they need only the best-quality battery cells and those are likely available only in select capacities. Wouldn’t you prefer a 5,000 or even 6,000 mAh battery, even if it needs – gasp! - an extra half hour to charge fully? 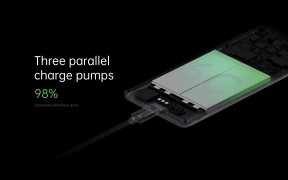 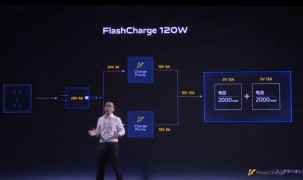 Because there’s something else to consider – a full charge doesn’t mean much unless we compare battery life. A large battery at 80% may be worth more than a small battery at 100%. Plus, the last 10-20% are always the slowest to charge so getting a fixed amount of milliamp hours inside a larger battery is quicker than doing the same with a smaller battery.

This can be simplified into the following related question – charge quickly but more often or slower but rarely? Also, with wireless charging that’s faster than some wired solutions, do wires still make sense?

Looking at it from a different angle still, wouldn't you rather have a slower USB Power Delivery charger that can be used across brands and all devices (e.g. charging your laptop or Nintendo Switch) instead of a bunch of superior but incompatible solutions? For what it’s worth, Oppo’s solution supports USB PD’s Programmable Power Supply standard at the full 125W, so perhaps both are an option.

Now you show your real colors as a troll. What I already said 2 replies ago: Bottom line, if you exclude the proprietary charger and cables, you get the same as everybody else except you have less battery for the same weight and space. You are pr...

How is it a closed standard when Oppo is offering both USB PD and VOOC? You are the one wanting to charge a ridiculous 3 devices from a bundled mobile charger. Pretty sure you are using no more than 18W, hence you are triggered so much.

Open standard cables are far easier to come by, they also come bundled no matter which company you buy from. You're always reaching for your phone which means you're always aware of your phone, unlike cables. I haven't heard in the...