Weekly poll: Is HTC Bolt what the company needed?

HTC unveiled “the fastest phone” for Sprint’s LTE Plus network - aptly named the HTC Bolt after the man himself, the fastest human on Earth. The analogy here is made with Qualcomm’s X10 model, which uses 3x20MHz carrier aggregation (3CA) for up to 450Mbps downlink speeds (that’s Cat. 9).

Not to rain on HTC’s parade, but Samsung already demoed the Galaxy S7 and S7 edge doing 3CA and achieved peak real world download speeds of over 300Mbps. That’s because those phones use the newer X12 modem.

The Bolt could have had the X12 modem too, had HTC chosen a newer Qualcomm chipset, but instead the company went for the Snapdragon 810, which is coming up on two years old. You can read our hands-on, we did some benchmarks and the chipset well behind the competition - it’s close to twice as slow as the HTC 10. The older chipset also means older Quick Charge - 2.0 instead of the more recent 3.0. 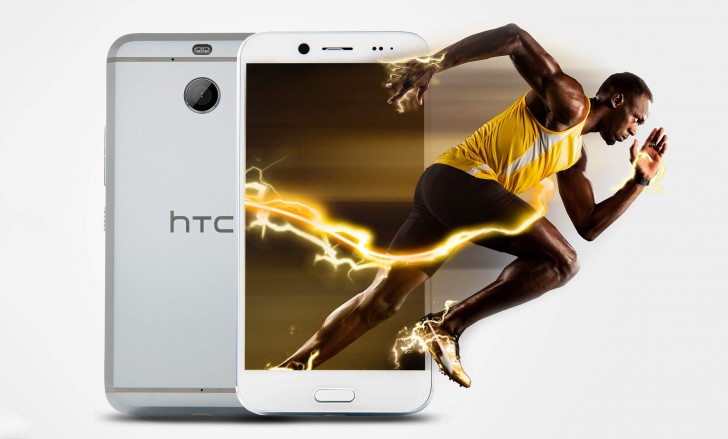 Besides the chipset, HTC also changed the camera, but at least our initial impressions of it are quite positive - we like the photos and the 4K video. And it has OIS, which the Pixel phones do not. The 24-bit Hi-Res audio is a particular standout, the phone both records such audio and plays it back via the BoomSound Adaptive Audio headphones.

They come included with the HTC Bolt, but a 3.5mm headphone jack does not. HTC didn’t even include an adapter, but will ship one to you for free if you need it. You’ll lose the adaptive part of the experience though (check the hands-on for more details - it involves microphones inside the headphones).

The Bolt is water resistant, though, IP57 makes it resilient to water - something we wish both the HTC 10 and the Pixel XL had.

Still, we struggle to call this the HTC 10 “Plus” - are we placing too much importance on the chipset? Even if we are, HTC didn’t help itself by equipping a $600 phone with only 3GB of RAM and 32GB of storage.

Another way to look at the Bolt is as an improved Pixel XL - you get OIS and waterproofing, Android 7.0 Nougat with HTC’s touch too. And a microSD slot - without Google running the show, HTC added that back. Also, if price is a worry, the HTC Bolt is markedly cheaper than the Pixel XL ($170 less for the 32GB model, plenty left over to buy a microSD card).

Before we forget - for now, the Bolt is exclusive to US carrier Sprint. We may see this hardware under a different name go worldwide, that way HTC will certainly sell more than just restricting itself to one carrier on one country.

Is HTC Bolt what the company needed?
Related articles

Let's face it, they must have gotten a good deal on the S810 left on the shelf and decided to try and sucker some non-technical people with it. Just use a fancy name and design, remove the headphone Jack too like Motorola and Apple did.

Way too late for HTC to be releasing a phone with older SoC when the same price I can get OnePlus3.

Hey snappy dragon 810 is not that bad. Lets consider this phone as an ultra-midrange phone since it is better than other midrange phones out there, plus this is the first time got 5.5" phone not bad at all HTC.