Weekly poll: is the Huawei P20 Pro the flagship you wanted?

We’re starting to understand why marketing departments love huge numbers they can push. “What’s that, Samsung and Apple? Your camera shoots only 12MP photos? How quaint!” When you have the only 40MP camera on the market like the Huawei P20 Pro has, the ad basically writes itself.

You can take a gander at the camera samples we took – both in the native 40MP mode and the 10MP supersampled mode. One is great during the day, the other does its magic at night. What do you think? DxO loves it.

We have to say that the hybrid zoom was quite impressive. It’s a combo of the 3x telephoto lens (8MP sensor) and data from the 40MP sensor combined for a total of 5x magnification.

Then there is the 24MP selfie camera, which takes some getting used to. The first shots we took were out of focus, but the next selfies we took were pretty great. Still, we wish autofocus would be standard on selfie cameras as it is on rear cameras. 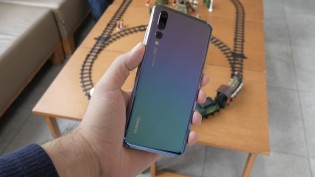 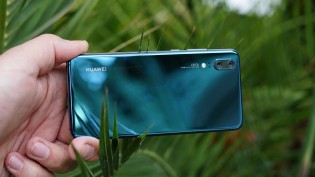 The P20 Pro isn’t just a camera, it has an awesome screen too. Our early impressions of the image quality on the 6.1” AMOLED are positive, even though the notch is divisive. The 5.8” IPS LCD on the regular Huawei P20 is good too, just not as good. We can say the same thing about its dual camera too.

The Kirin 970 chipset is not the fastest, but it’s certainly fast enough. Plus, the NPU will probably make a bigger difference in your daily use than higher benchmark scores. We saw on several occasions that the camera AI can have a positive influence on the image (though it does miss the mark occasionally).

Still, €900/£800, even if you do get those free Bose QC35 II noise canceling headphones is not easy to swallow. We’re already seeing indications that the price will drop by €50 and as we said, it’s the only 40MP camera on the market.

The Huawei P20 doesn’t feel as special, but that’s only in comparison to its Pro sibling. In general, it’s a great high-end Android and €650/£600 is perfectly reasonable (again, with free QC35 II headphones).

Okay, we lied a bit, there’s another 40MP camera on the market – the Huawei Mate RS Porsche Design. It’s a notchless reinterpretation of the P20 Pro with an under display fingerprint reader (and a second reader on the back!). That’s a €1,700 phone, unfortunately, so we don’t think it will be a hot seller.

So, what do you think of Huawei’s phones? Is a P20 Pro already in your shopping cart or are you leaning towards the P20? Do you wish for a non-Porsche Mate RS or are you going for another phone entirely?

Which Huawei P20 phone is your favorite?
Related articles

Yes, the Huawei P20 pro is my phone of the year. It looks so amazing and offers much more. Great staff. But I am waiting for the price to drop so I can buy one. I love this phone so much. The battery is the best among the 2018 flagship so far and you...

Not anymore after see a notch.