Last weeks poll shows the new Samsung S-series flagship trio has hit the mark, but the company's second take on a foldable phone is not doing so hot. However, the common thread in all four polls was that the prices have gotten too high.

The Samsung Galaxy S20 Ultra got the best reception. Even the polish that the Galaxy Note20 will bring six months from now cant draw people away from the awesome features of the Ultra. Less awesome is its price tag  half of voters think its too expensive. And while prices will fall over time, not everyone is keen on waiting. 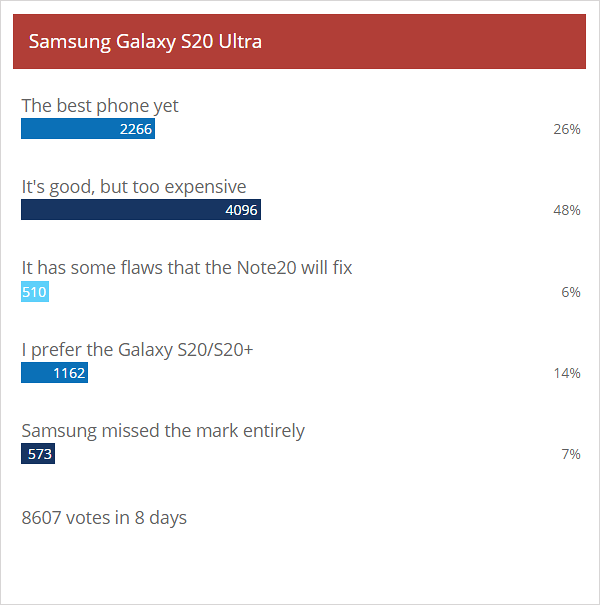 The Samsung Galaxy S20+ also got a warm welcome. While its quite different form the Ultra, theres definitely a market for it  except that the majority of would-be buyers wished for a lower price. 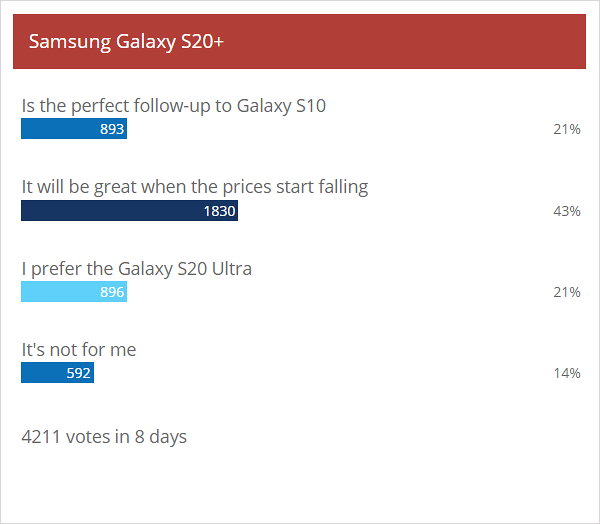 The Samsung Galaxy S20 saw the least enthusiasm. Theres people that like it and people that would get one when the first discounts arrive, but a not insignificant portion of voters say they were interested in a smaller device. Also, many are drawn towards the more premium S20+ and S20 Ultra. 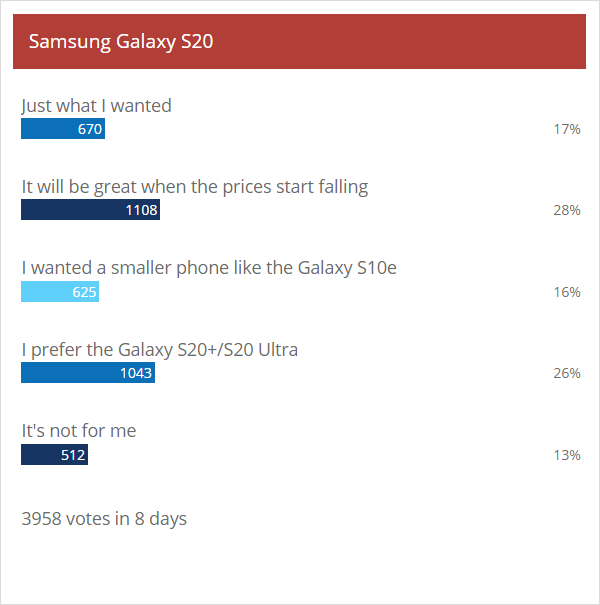 The Samsung Galaxy Z Flip was the most controversial of the four. Over 40% of voters maintain that foldable phones make no sense. And of those that are interested in foldables, many were unhappy with the 2019 hardware inside the phone.

In the comments, there was tangible disappointment that the Ultra Thin Glass cover on the screen wasnt as Samsung made it appear during the presentation  its covered in plastic, which is easy to scratch and dent. Still, the phone sold out quickly during the first sales, so it may prove to be a commercial success after all. 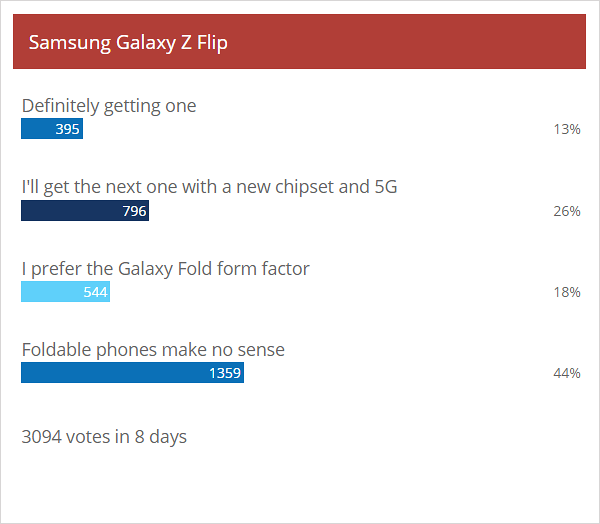 the prices is too much for a phone,Why buy s20,nothing new there.s20 ultra is the best phone to buy,but simply it is very expensive,I am skipping samsung permanently. Gonna buy cheap things,anyhow android updates only last 1 year or 2 from samsung.. ...

samsung went crazy like apple, these devices are cool but very overpriced, i'll pass and actually i'll switch no a lower price brand, phones didn't improve a lot so they can charge $1400 (or even $1000 for the basic s20)

If You get wireless earbuds for free, why would you need a 3.5mm jack even?