Weekly poll results: the Moto G7 Plus is the favorite in the G7 family

This probably wont come as much of a surprise  of the four new Motorola models, people strongly prefer the Moto G7 Plus.

It offers a premium experience at just 300. This includes shooting 4K selfie videos, something that most flagships cant do. The rear 16MP camera boasts OIS and EIS, the lack of a tele/ultra-wide camera isnt a huge loss, judging by the comments. Same with the chipset  Snapdragon 636 is okay.

But people werent too happy about the 3,000mAh battery, despite its 27W fast charging capability. Its true that an Honor Play or Pocophone F1 have higher capacity batteries (though slower charging) at a similar price point.

And thats the other complaint that came up often  Motorola may have aimed a little too high with the price. 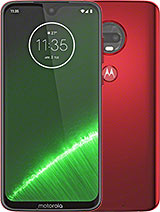 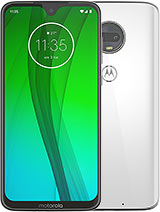 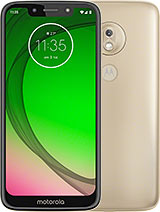 The 5,000mAh battery on the Moto G7 Power earned it some looks, but the entry level specs failed to ignite any passion in people. Also, despite launching four models, Motorola didnt offer much variety in terms of size, which didnt go over well with potential buyers.

Anyway, theres no escaping the elephant in the room  the Moto G7 Plus won against its siblings, but wasnt the winning option in last weeks poll. Half of voters said they dont like any of the four models, thats not a good start for the 7th generation Moto G phones. 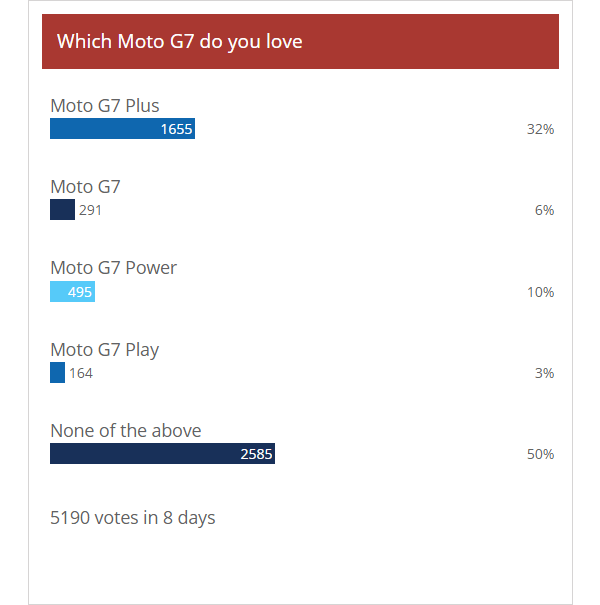 Maybe you don't know how to use the phone to its full potential... NEXT!!

Faster by precent only. NEXT....