Weekly poll results: the Motorola One Hyper will do fine in the right markets

It seems that Motorola has very carefully picked the launch markets for the Moto One Hyper  the US, Brazil and (soon) the UK. Spotty support for LTE bands along with import fees keeps the competitive Chinese brands out of those markets, which changes the value-for-money equation.

Then theres the camera  the 64MP main sensor is much more modern than what the Pixels use and is backed by an 8MP ultrawide camera. In terms of hardware, Motorola has the advantage. Google has the upper hand in image processing, though, so this isnt a straightforward comparison. 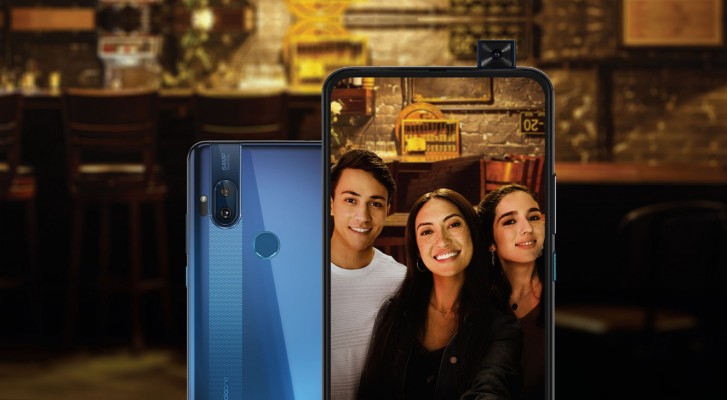 In Brazil, Motorola One Hypers advantage is even stronger as the Pixel 3as price is pushed up by import duties, making it about 50% more expensive. The 3a costs about as much as an iPhone XR over there.

So, the results in last weeks poll may look pretty grim for the Hyper, but if we were to break it down by region, things would look better. In markets with more alternatives, only about 1 in 3 people would be willing to pay $400 for the Motorola.

The phones desirability may go up if the battery life proves to be good (we already know it will charge quickly). Or if the camera performances impresses  but that will have to wait until we review the phone. 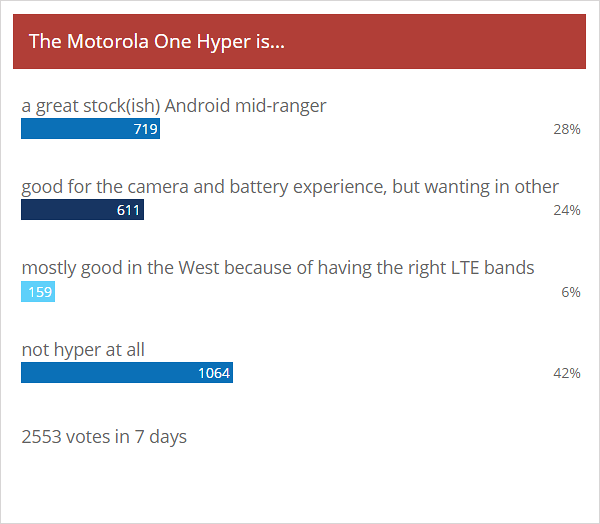 Why have Lenovo / Motorola lost their way with the Moto One range, they seem to have no focus as to what they should be doing and who the target customer is. First they start with Moto One as an Android One program device, then they drop that and pro...

Weekly poll results: the Motorola One is a totally crap

Getting crushed by the Chinese I suppose... :S